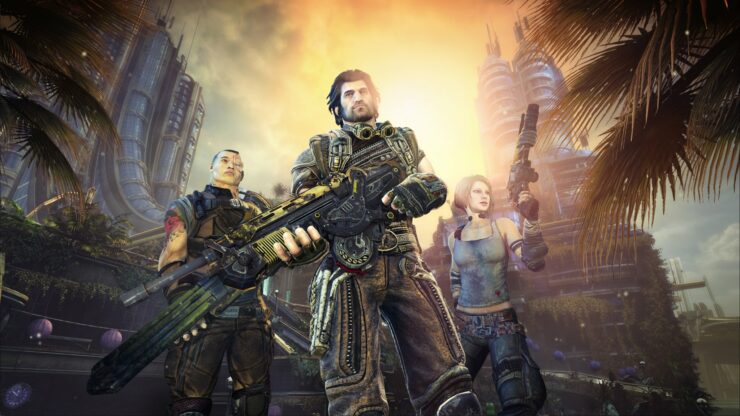 Fans of the first person shooter (FPS) genre will probably remember Bulletstorm, the game released by People Can Fly and Epic Games back in 2011.

Despite a great critical reception, it proved to be a commercial failure for publisher Electronic Arts which is probably why no sequel was spawned so far. However, it looks like a Bulletstorm Remaster project might be in the works.

Polygon's video editor Nick Robinson shared the contents of an Xbox USB drive that was shared by Microsoft at E3 2016. As you can see, one of the folders is dedicated to Bulletstorm Remaster.

we were handed it at the Xbox press event tonight. 203 folders on it: mostly ID@Xbox stuff but also this pic.twitter.com/0skvwCtfd4

In the folder there were four screenshots, which do look better than the original version of the game did five years ago. You can watch them in the gallery.

Strangely enough, there was no announcement at all at E3 2016. Perhaps they're waiting for Gamescom (scheduled for August 17 - 21 this year). Regardless, we'll bring you any update on this story as soon as it happens.

Bulletstorm: Full Clip Edition Won’t Be Free for Existing Owners and Here’s Why