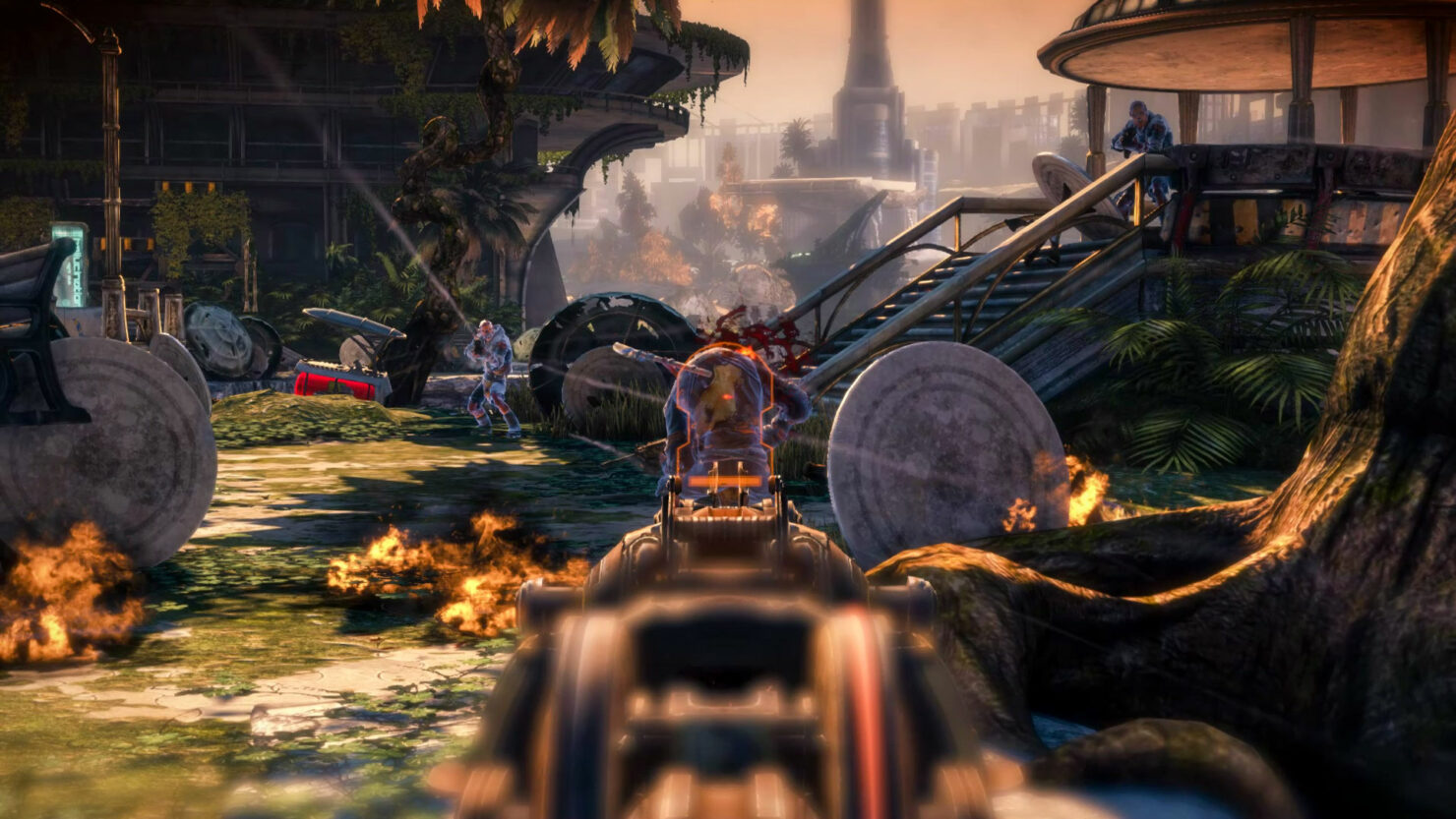 Gearbox Software is taking you back to the planet Stygia in the trailer for Bulletstorm: Full Clip Edition.

Prepare to step back into the boots of Grayson Hunt after he and most of his crew survive a crash landing on the resort planet of Stygia. Stygia has seen better days, as its inhabitants have turned into mutant monsters. Grayson and company need to fight across the planet and take revenge on the ones that betrayed them.

You have to get creative in your kills as Bulletstorm's Skillshot system is also returning. Skillshot is a scoring system that rewards doing than more just shooting dudes. For example, players can opt to slide kick an enemy into the air and shooting them like skeet in order to achieve an impressive Skillshot score.

Here are the new additions and remaster features for the Full Clip Edition:

Bulletstorm: Full Clip Edition is due on PlayStation 4, Xbox One, PC on April 7th. Pre-order the game you'll unlock the 'Duke Nukem's Bulletstorm Tour' DLC where you get to play as the man himself, Duke Nukem.