Yesterday BT announced its latest Internet packages for the customers and today Virgin has responded. BT came in with a 40Mbps package having a £20 package with 20GB download cap and unlimited upload limit with 10Mbps speed. On the other hand Virgin came back on BT's offensive with its own strategy and today commented on BT's upcoming packages by asking the question whether people would be interested in BT's Fiber packages which are yet to be launched in UK. It is to be noted that Virgin already offers packages with a smaller bandwidth but unlimited downloads option thus making is more attractive to the web junkies to stick to it.

In these competitive times, I think the users have the right to choose for themselves which are better and value for money packages. Here is a little comparison of BT and Virgin's offering of broadband Internet in UK at the moment: 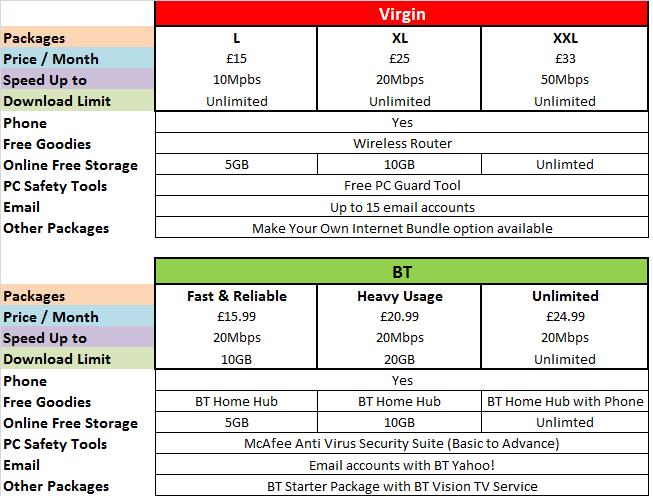