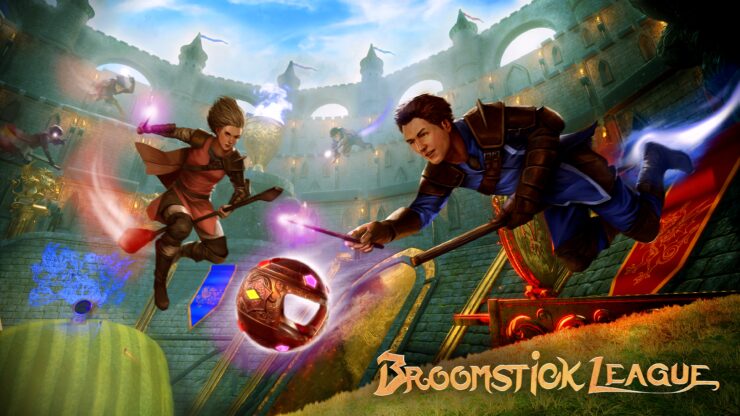 Broomstick League is exactly what it sounds like: a fantasy sports game where teams of wizards face off against each other to dominate the virtual arenas with their flying broomsticks.

Clearly inspired by Harry Potter's Quidditch,  it's in development at Virtual Basement LLC (Citadel: Forged with Fire, Outlaws of the Old West). You may have heard Broomstick League before; if so, that's because it was once a mode available in Citadel: Forged with Fire. It was later removed and probably reworked on until it became its own thing. By the way, Citadel has recently been confirmed to launch on November 1st on PC (out of Steam Early Access), PlayStation 4 and Xbox One.

As for Broomstick League, the game will be playable publically for the first time at this weekend's TwitchCon in San Diego, California. It's currently set to launch on Steam Early Access in Q1 2020.

Broomstick League is all about winning, with the added variety and excitement of aerial competition via broomsticks and targeted spell casting. Use the blink spell to teleport into position and the blast spell to knock the ball out of your opponent’s hands. Well timed casting can make the difference between a buzzer beating goal or a soul crushing defeat.