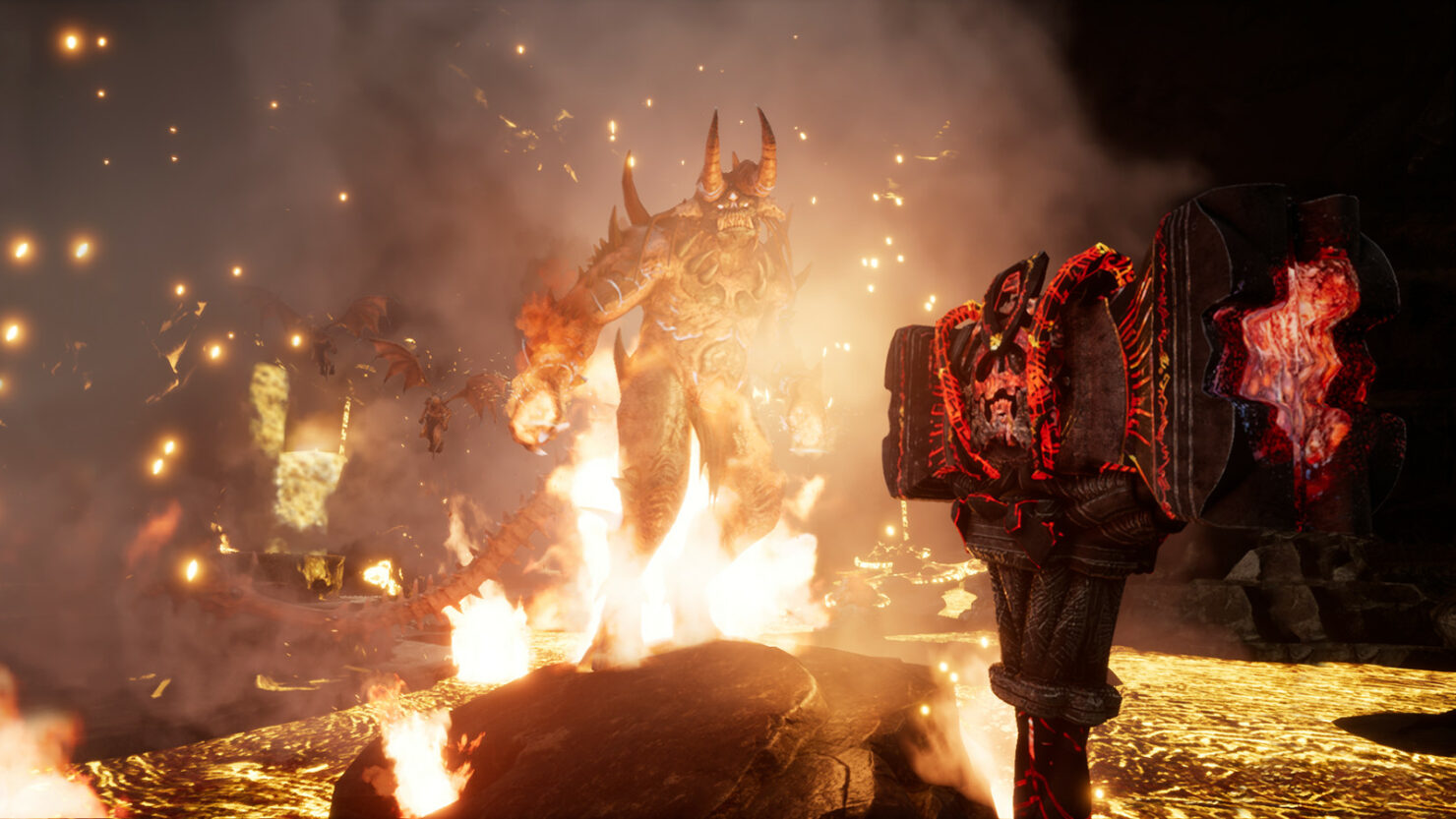 Sometimes, developers like to completely change genre each time they start a new project. This seems to be the case with Toronto-based Blue Isle Studios, who previously worked on Slender: The Arrival and Valley and have just announced Citadel: Forged With Fire, an online open world fantasy sandbox RPG.

The game will debut on PC via Steam Early Access on July 26th, but it'll also release for PlayStation 4 and Xbox One consoles, though there are no dates for those versions yet.

According to the press release, Citadel: Forged With Fire will give players complete freedom to determine their own destiny. They may hunt other wizards, tame creatures, form alliances and begin sieges that benefit from a dynamic destruction system, and even fly with anything from a broomstick to a dragon.

Citadel is a completely new genre for us, our biggest goal with this title is to work closely with our community to build the ultimate fantasy sandbox game that is playable online with friends. This project has been a labor of love and we are excited for its launch onto Early Access this summer.

You may find a more thorough features overview below, as well as the announcement trailer.