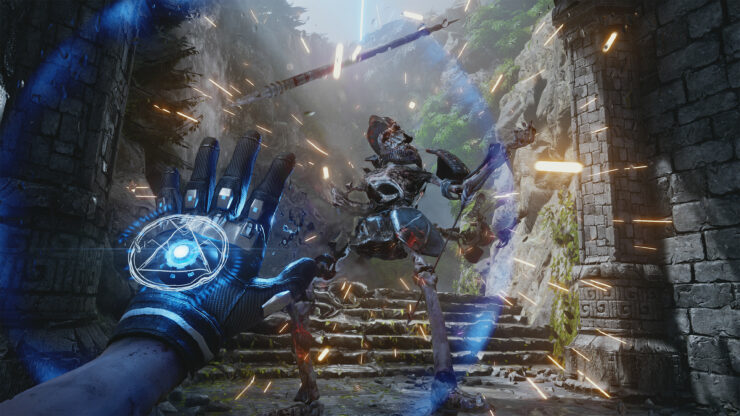 Bright Memory, the impressive one-man project we covered in September 2017, is about to launch on January 12th, 2019 on Steam Early Access and there's a new official trailer to celebrate the news.

This preview version will only feature about one hour worth of gaming, with two additional hours due to be added with the full release. The developer also promised Bright Memory 1.0 will get more guns, new skill movements such as forward sliding, a photo mode and an achievement system.

Bright Memory is being developed by Zeng Xiancheng. The project also received an Unreal Dev Grant thanks to Epic Games.

《Bright Memory》 is a first-person action shooting game, the players can control different styles of special abilities and create a set of gorgeous combos with the combination of skills. It tells an adventure story of Shelia of Natural Science Research Organization (SRO).

2020, SRO discovered a material in an ancient sword which could recall dead creatures during an investigation of cultural relics crime. The third-party military organizations (SAI) infiltrated into SRO’s research institute and tried to grab the material. They changed the coordinates of the transmitter to the edge of Arctic where they found a land of sky that a large number of ancient creatures exist. SRO must stop SAI 's conspiracy and find out the truth.