Evolution Studios' PlayStation 4 exclusive racing video game Driveclub is among some of the most anticipated photorealistic upcoming next-gen titles. Competing with Microsoft's Forza Horizon 2 in a way, and offering real time racing experience to players, the game will be released later this year on October 7. The game just received a brand new Gamescom trailer, and following that, Sony Entertainment Network released a new batch of stunning Driveclub screenshots in might 8K (8000 x 4500) resolution. 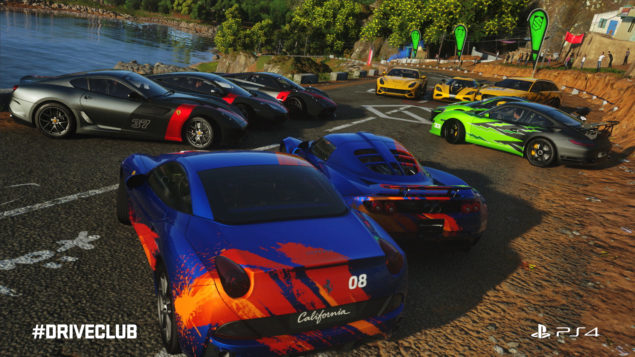 At Sony's Gamescom 2014 press conference, the upcoming PlayStation 4 racer known as Driveclub made quite an impressive appearance. A new gameplay demo was presented showcasing the new photo mode, that will further enhance the game's dynamic weather experience by allowing players to snap beautiful in-game screenshots and share them online. The demo also showcased how players will be able to interact with other players in the certain club that they join. If you missed the gameplay trailer, check it out here.

Following the Gamescom appearance, Sony Computer Entertainment rolled out a batch of absolutely stunning-looking Driveclub screenshots in enormous 8K (8000 x 4500) resolution. This is not the first time that we have been provided with 8K screenshots of the game, you can check out the previously released screenshots here and here. Of course, the game will originally run at 1080p on Sony's latest console, and these 8K screenshots are only to facilitate printing for posters.

Head into the gallery below to check out the new amazing Driveclub screenshots. You will have to give a little time to each screenshot to load, as they all are really big in size.

Driveclub will be hitting PlayStation 4 console on October 7, 2014. A cut-down version of the game will be available for PlayStation Plus subscribers completely free of cost. Players will be able to upgrade to full version by paying a specific amount. Both the versions of the game will contain micro-transactions.

AOKZOE A1 Handheld Console with AMD Ryzen 6800U Launched on Kickstarter, Pre-Orders Starting at $899 US