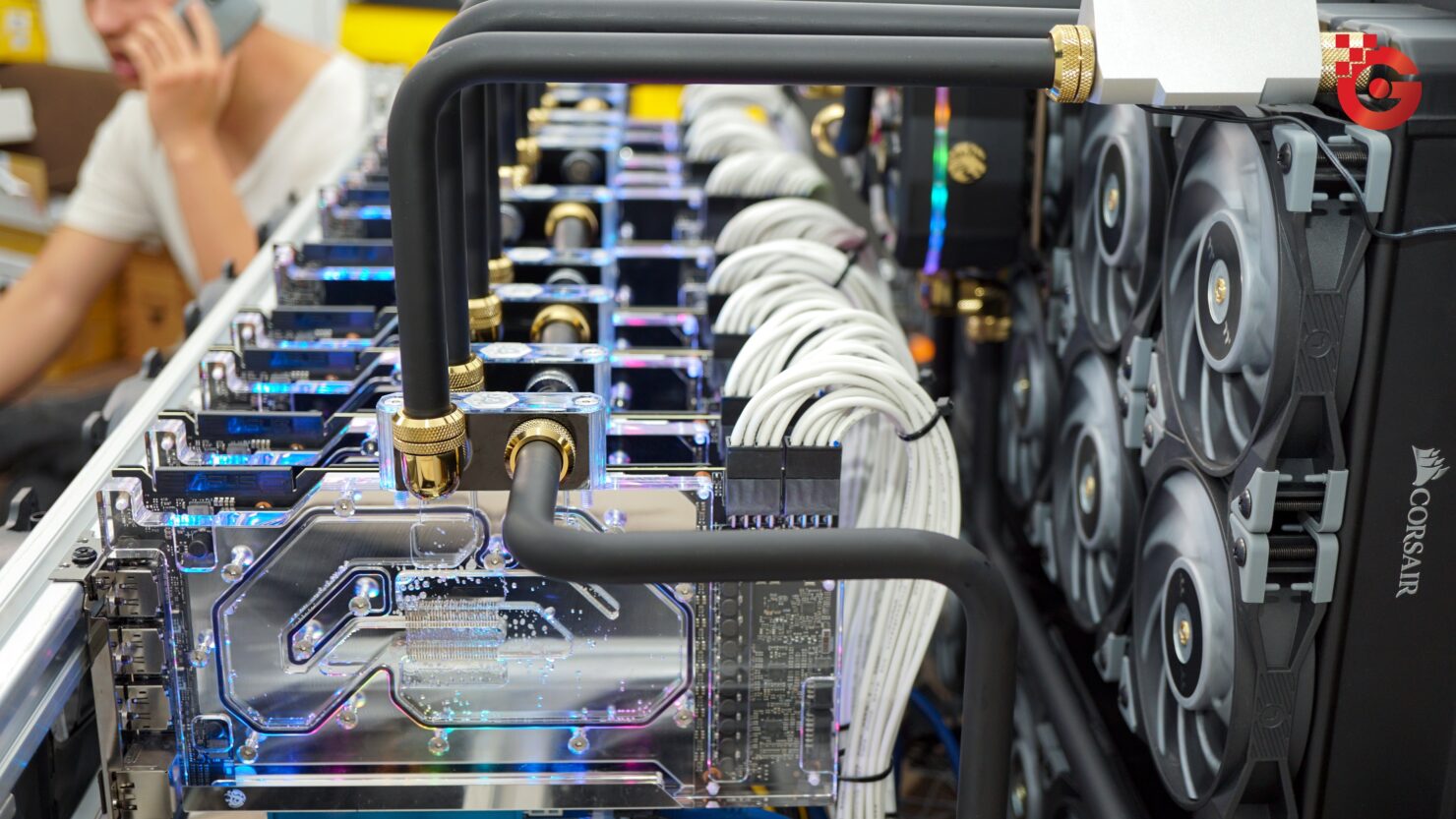 Most of the cryptocurrency mining systems are quite crude, to be honest, but as of late we are seeing more and more systems have more style. Just 3 days ago, we saw an entire rig submerged in mineral oil as a cooling solution. Even before that, we saw an arrangement of 78 NVIDIA GeForce RTX 3080 all lit with RGB. Also 3 days ago, we saw the build in the progress of being built and thanks to Gland Computers, we have the fully built mining rig.

If we are speaking in terms of mining operations, they are good at mining Ethereum as well as getting impressions of social media whether it's displaying the boxes of GPUs or the system running. Is there a point in running exotic cooling on a mining farm? Absolutely not, it's more costly to run a multi GPU custom loop than it is to cool the area around the system, but it sure does look cool. The NVIDIA GeForce RTX 3090 cryptocurrency mining system uses Bitspower components for the custom loop as well as hardline tubing. Even the cables are custom white cables.

This mining system serves as a showpiece and was seen under construction 3 days ago. Now. that it's fully built, it features 10 NVIDIA GeForce RTX 3090 GPUs each one assigned to its own 240mm radiator. While most mining operations undervolt cards to preserve them, this operation can overclock the cards with this cooling solution. To get enough power, the system has three Super Flower Leadex Titanium 1600W PSUs. All of this is on the B360-F PRO mining motherboard.

As for the return on investment, I'm not sure if the overclocking abilities outweigh the cost of all of the components for the custom loop which are quite expensive. I don't believe the overclocking outweighs the custom loop problem. All that aside it looks extremely cool and all 10 NVIDIA GeForce RTX 3090s combine for a mining power of around 1000 MH/s, potentially higher with an overclock.