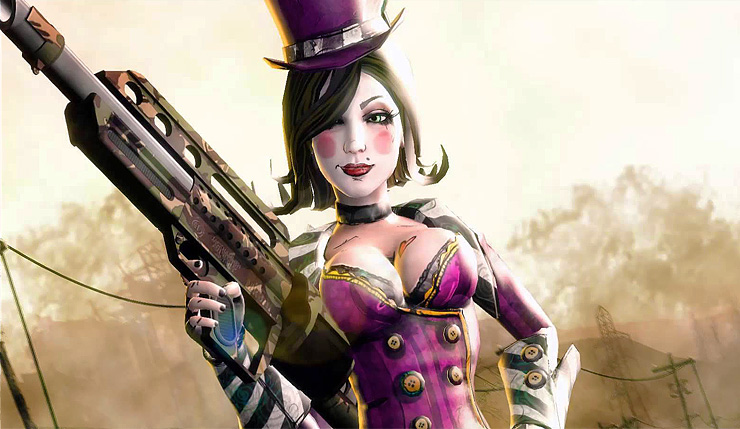 When you hear the name Gearbox Software, you don’t exactly think “family friendly” – they are, after all, the studio behind decidedly M-rated games like Borderlands, Duke Nukem Forever, and Bulletstorm: Full Clip Edition. Well, it seems they're looking to create something a little different, as the company is now working on a new “tent-pole franchise” for “gamers of all ages.”

This information comes from John Vignocchi, who recently joined Gearbox as a new executive producer…

Big news! Excited to announce I am joining the merry band of misfits at Gearbox Publishing. I’ll be taking the reins as Executive Producer on a new tent-pole franchise for the company!!! pic.twitter.com/vINnQkgVez

We will be working on something that we hope will surprise and delight gamers of all ages; whether you're six or sixty... And I cannot wait to share more!

Vignocchi knows a thing or two about family-friendly gaming, as he was previously the executive producer for Disney Infinity. Could Gearbox be planning to get into the toys-to-life market? Seems pretty unlikely in 2018, as the trend has more-or-less passed, but hey, Gearbox put out a Duke Nukem game as recently as 2016, so who knows what the heck they might be thinking? Personally, I think they might be looking jealously at the success of Epic’s kid-friendly Fortnite.

Following the release of Borderlands 2 in 2012, Gearbox attempted to make their mark on the hero shooter genre with Battleborn, which failed to compete with Overwatch. Since then, the studio’s future has been somewhat in question – Borderlands 3 has long been rumored, and now we have Vignocchi’s tweets, but nothing has been officially announced.

What do you think Gearbox might be working on? Is going to the family-friendly route the right choice? Or should they just focus on getting Borderlands 3 out?