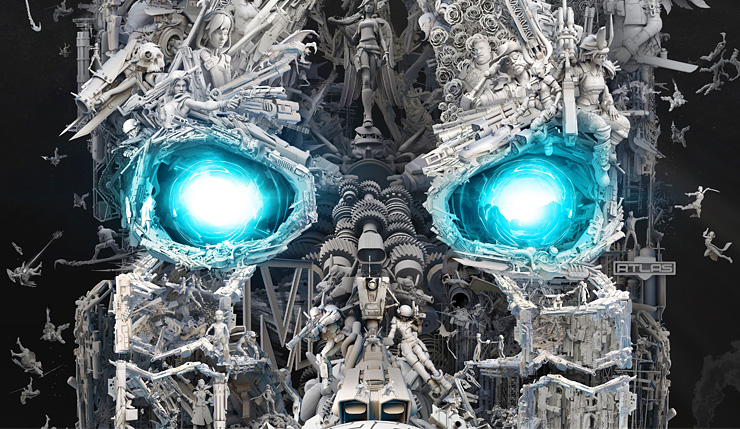 After much hinting, and many months of persistent rumors, Gearbox Software has finally released an official teaser trailer for their next Borderlands game. The game isn’t explicitly identified as Borderlands 3, but we can probably assume that’s what being teased, unless Gearbox is opting to go the reboot route.

The teaser provides a glimpse at a variety of characters, including some familiar ones like Ellie, Claptrap, and Sir Hammerlock, before we zoom out and see all the characters form a mask of sorts. Could this Mask of Mayhem be the MacGuffin we’ll be fighting over in Borderlands 3? It seems likely. You can check out the teaser trailer for yourself, below.

Consider my interest piqued -- I’m sure folks with sharper eyes than me will be able to find all sorts of Easter eggs in that teaser. Gearbox Software will be holding a panel at PAX East 2019 tomorrow (March 28) at 2pm ET. It’s expected they’ll unveil the next Borderlands and a number of other projects there. Here’s how Gearbox describes the upcoming panel…

At this point, it looks like Gearbox may be revealing as many as half-a-dozen games at PAX East. You can check out some of their earlier teases here, and their two most recent ones, below.

“Time to tease another game for PAX!” pic.twitter.com/iSe5PTBwMi

Time to tease another game for PAX! pic.twitter.com/5QfboFExBl

Hmmm! A possible Bulletstorm-Duke Nukem crossover? A Borderlands card game? Intriguing stuff, to be sure. What are you expecting Gearbox to unveil tomorrow? What would like them to reveal?