Blizzard Entertainment has confirmed Warlords Of Draenor as the fifth expansion for World Of Warcraft, a massively multiplayer online role-playing game that has been company’s favorite for several year. Instead Of Announcing a new MMO title in the series, the company went on with its current successful MMO. The expansion is set to release in 2014, however, the time or date is not specified. 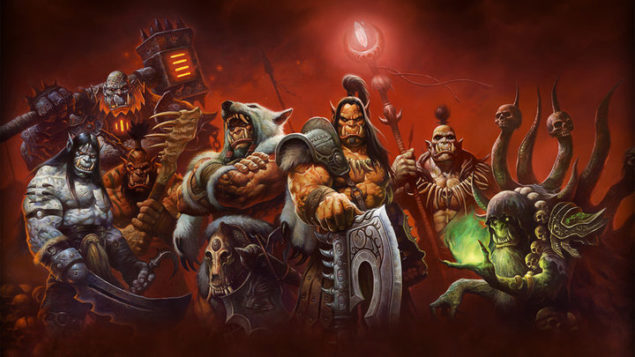 World Of Warcraft would become 10 years old in one year from now and Blizzard has decided to continue with its massively successful MMO by announcing fifth expansion for the game. The expansion would be released next year, most probably on the 10th anniversary of the game.

"We have been thinking a lot about Warcraft, what makes it distinct, what makes it tick... about the early days," he said. "Many of you were with us during the events of Orcs and Humans, Tides of Darkness and Beyond the Dark Portal, the events of those came predicated what's happening in the modern era of WoW".

"There's a huge amount of players that never lived those events, met those characters or had those adventures. As we're thinking about where to go... man a lot of that makes the wheel turn. Some of the baddest dudes ever in the Warcraft franchise almost had their way and conquered the entirety of the Eastern Kingdoms. If they had history would have taken a turn".

Hinting towards the new expansion in World Of Warcraft, he said. "What if those dark days could come again, what if those vicious villains could threaten our homes again. The conflict coming will be the Alliance's finest hour." 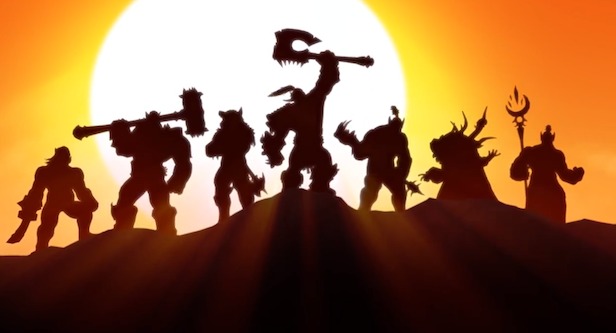 Warlords Of Draenor - A New World

Describing Warlords of Draenor, Mike Morhaime, CEO and co-founder of Blizzard Entertainment said, "Warlords of Draenor gives players a chance to take a commanding role in one of the Warcraft series' most crucial conflicts. This expansion also includes features that make it easy for anyone to jump right into the action, whether they've played WoW at some point in the past or are just setting foot in Azeroth for the first time."

The Warlords Of Draenor expansion is set in a new mystical world known as Draenor. Azeroth’s heroes would fight against mystical draenei and mighty orc races that settle in Draenor’s savage jungles and battle-perfect large plain lands. Following is the reveal trailer of the game featuring new characters and landscapes.

According to Blizzard, the landmass of the Warlords Of Draenor will be split into the following seven zones:

•    Frostfire Ridge: Across snow-covered wastes and beneath towering volcanoes, heroes of the Frostwolf clan and the Horde unite to repel invaders from their homeland.

•    Shadowmoon Valley: Amid rolling moonlit hills, the draenei at the holy temple of Karabor unite with the Alliance in a desperate fight for survival against the Iron Horde and Shadowmoon clan.

•    Gorgrond: Deep within the desert canyons of Gorgrond, an arsenal of massive siege weapons built by the Blackrock clan is about to be unleashed upon the whole of Draenor.

•    Talador: In the shadow of a besieged Shattrath City, the Auchenai Soulpriests actively seek to safeguard the countless draenei souls inside Auchindoun from a terrible demonic threat.

•    Spires of Arak: At the height of their power, the regal arrakoa plot atop their high peaks, well out of the reach of the brutal Shattered Hand orcs and the wingless outcasts below.

•    Nagrand: Among the fertile hills and outcroppings of Nagrand, the bloodied wolf-riders of the Warsong clan remain a threat not to be trifled with.

•    Tanaan Jungle: Within the overgrown jungle home of the Bleeding Hollow clan, a Dark Portal is under construction … and an Iron Horde army makes grim preparations to conquer Azeroth. 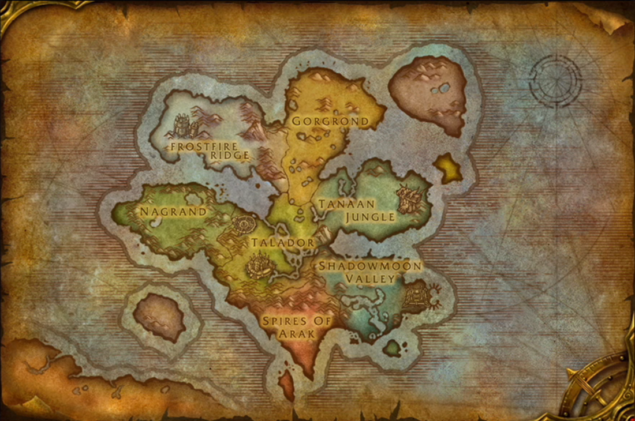 The expansion will features new characters and animations. The Alliance and Horde champions in Draenor will also be able to construct a Garrison that would serve as a player’s personal stronghold in the game. Blizzard described it as an “expandable, customizable stronghold that will serve as each player’s personal base of operations throughout the course of the expansion and provide the ability to build upgrade a faction-controlled Garrison.”

Blizzard would also be raising the level cap of Word Of Warcraft to 100 and the new expansion will allow players to boost one character immediately to level 90 so that they can play the new content in the game. World Of Warcraft is currently top subscription-based MMO with 7.6 million subscribers.