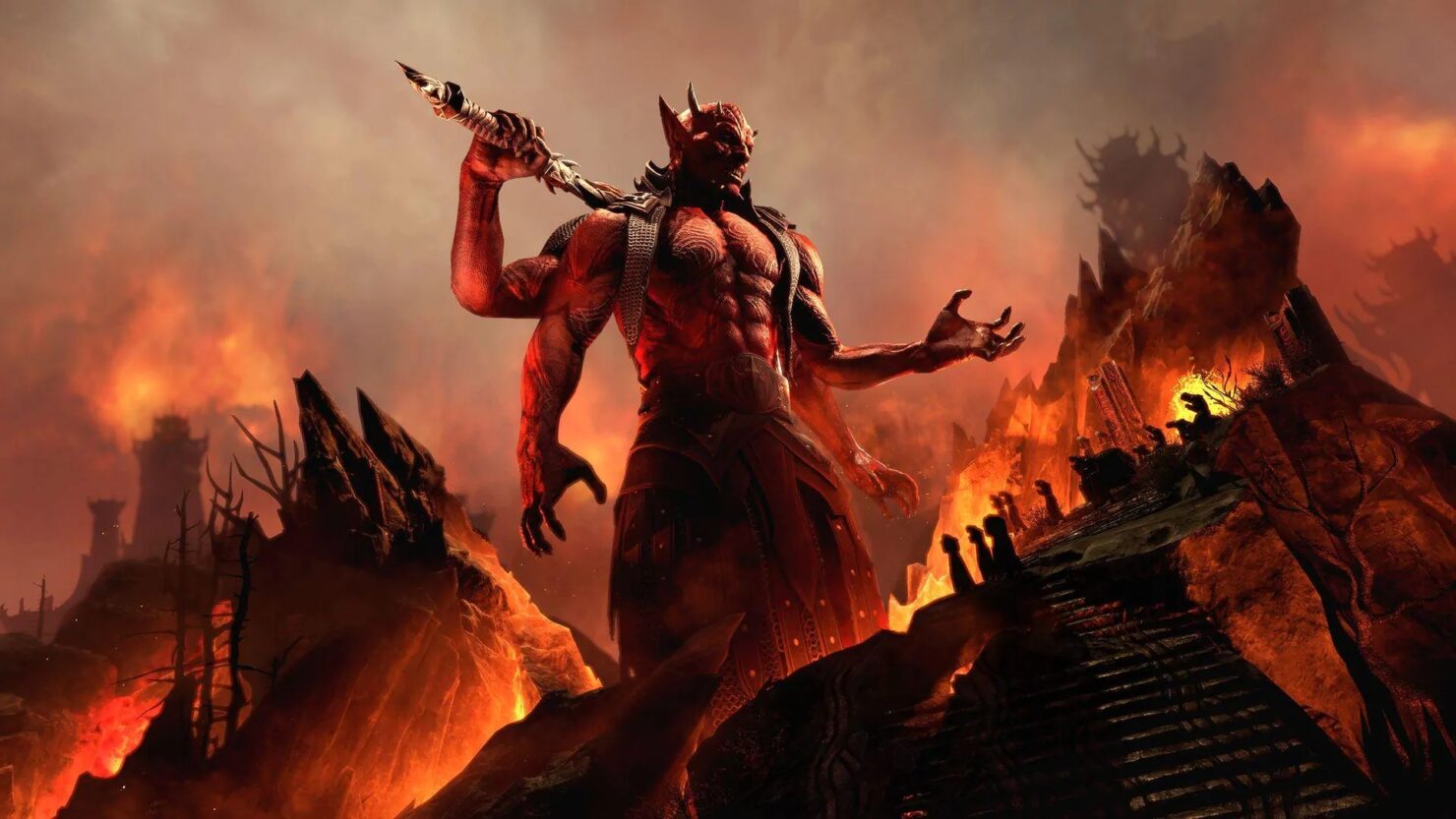 Zenimax Online Studios revealed the name of the new Chapter (or expansion, if you prefer) coming to Elder Scrolls Online on June 1st (PC/Mac/Stadia) and June 8th (PlayStation and Xbox consoles): Blackwood.

Blackwood itself will add the namesake zone (between Cyrodiil and Black Marsh), a new Trial, new delves/dungeons/quests, and the brand new Companion system which will let you adventure almost everywhere (except in PvP zones and modes) with a friendly NPC that can be upgraded and outfitted over time with better skills and gear. Additionally, a new tutorial will let you pick exactly where you're going to start when creating a new character.

The year-long adventure titled 'Gates of Oblivion' will begin way before June, though, as was the case in the last couple of years.

Bigger changes are afoot when it comes to the game's progression systems as well. The Public Test Server is getting Update 29 tomorrow, which features a massive revamp of the Champion System as well as major changes to the armor systems, detailed here by the developers.

Check out below the official announcement cinematic trailer, as well as several screenshots from Blackwood and its sibling DLCs scheduled for this year. Pre-orders are already open here.