Even though the smartphone populace only caught a glimpse of struggling Canadian smartphone firm’s offering called BlackBerry Venice during Mobile World Congress 2015, more details have been unearthed concerning the hardware specifications and the smartphone’s release date. Though some sources state that codename of the smartphone is false, this is the only info we have about the upcoming handset, so we will stick to it, unless a more accurate name pops up in the future. 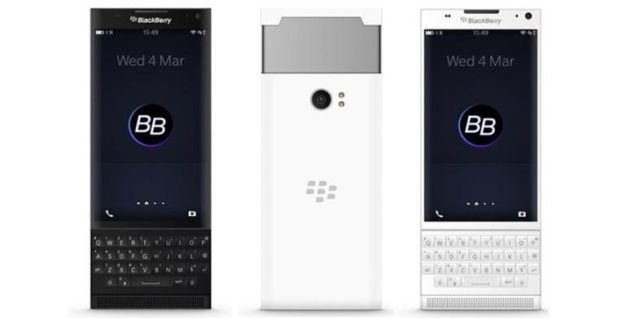 Earlier, it was reported that BlackBerry and Google might have been working on an Android smartphone. While this yet to be confirmed, several consumers might now be eyeing BlackBerry Venice as the device that will be sporting Google’s Android platform. According to N4BB, the smartphone is going to be armed with a Snapdragon 808 SoC, which is a prudent move seeing as how the amount of trouble Snapdragon 810 has been causing both Qualcomm and smartphone manufacturers for quite some time now, .

Additionally, the handset is also going to feature a 5.4 inch screen that will be rendering a resolution of 1440p. We are surprised that BlackBerry would choose such a screen size for the upcoming smartphone, since the sliding function of the physical keyboard will already add more height to it.

The remainder of the hardware specifications include an 18 MP rear camera sensor, which is quite impressive, though the actual image quality will be given a verdict once tests are carried out. Supplementing the high image resolution sensor will be a 5 MP front shooter, along with 3 GB of RAM present underneath the hood.

No exact release date has sprouted up, but the source has stated that the smartphone will be arriving in November 2015. Irrespective of whether or not BlackBerry Venice is released, what will concern consumers more is the operating system that will be running in the device. As you all know, Android has achieved its notoriety for happily inviting in unwanted malware.

If Google and BlackBerry combine their expertise and team up, then a security-robust platform can be released, where BlackBerry will benefit greatly thanks to Android’s dominating market share (and hopefully not get acquired), and Google will have additional layers of security to protect millions of smartphone users from impending harm.

Looks like the only time we will receive confirmation of all of this news will be November 15, which does not have a whole lot of time left. Let us keep our fingers crossed.