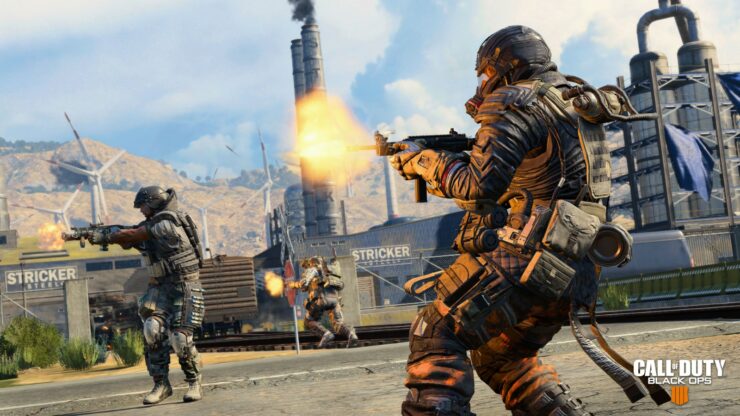 The Call of Duty: Black Ops IIII Blackout beta launched a couple days ago on PlayStation 4, providing fans with the first taste of Battle Royale action as imagined by Treyarch for Call of Duty.

The developers have already pushed an update for the Blackout beta, raising the player cap to 88 (from 80) and beginning to address one of the most common complaints so far, the lengthy process of picking up items on the ground.

It's supposed to be faster now, although it will remain on a button hold rather than press, according to David Vonderhaar. This won't be a problem when playing on PC with mouse and keyboard, of course.

Reloading, weapon switching, and other “Call of Duty” face button staples will not be sacrificed for equipping Items or adding to Inventory. We will certainly be sure that it is the fastest (aka: shortest) possible hold press we can do.

I hear you. But, let’s get this out of the way early.

No need to hold on PC. You have dozens of mappable buttons.

Trust me when I say you don’t want to be in a gunfight and need to reload and can’t because you straffed right over something you don’t even want to pick up. https://t.co/0mdZV68mP2

Coming soon. We’ve already got improvements in the main game where you won’t have to look so precisely at the Item and just be close to it. I am not yet sure if I can get those in the beta. Certainly will be in v1. https://t.co/cueo6n1pNi

Coming soon. We’ve already got improvements in the main game where you won’t have to look so precisely at the Item and just be close to it. I am not yet sure if I can get those in the beta. Certainly will be in v1. https://t.co/cueo6n1pNi

Vonderhaar also addressed the currently overpowered armor, confirming that it will be nerfed.

TL;DR - Armor is getting nerfed. Those changes will be tested tomorrow for *potential* release on Thursday morning.

Here is how it works for important Items that need tuning like Armor.

The Blackout beta will begin on Xbox One and PC on Friday, September 14th, provided you've pre-ordered Call of Duty: Black Ops IIII or otherwise got a beta access code. The beta will go fully open on Saturday, September 15th, though. It will be up and running on all platforms until Monday, September 17th, 10 AM Pacific Time.

Call of Duty: Black Ops IIII launches October 12th on PC, PlayStation 4 and Xbox One. It comes with no single player campaign for the first time but sports the Battle Royale inspired Blackout mode alongside the usual Zombie co-op and regular Multiplayer, which has been reworked to be more teamwork oriented, a bit like Overwatch.