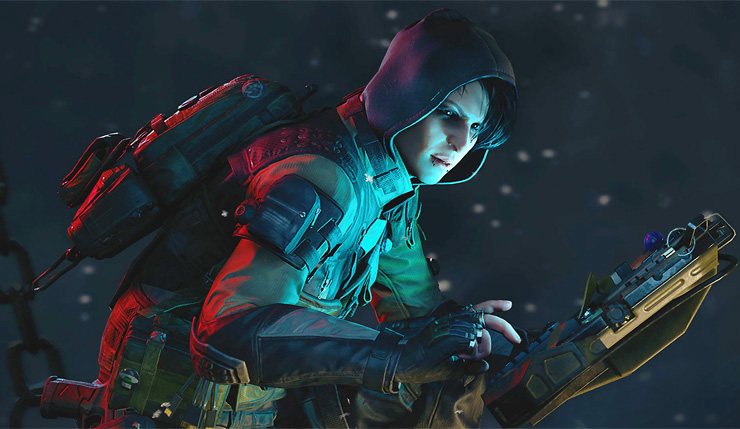 Call of Duty: Black Ops 4’s biggest update yet drops tomorrow. Operation Absolute Zero adds a slate of new content to all parts of Black Ops 4 – Multiplayer gets a new Specialist, Blackout gets an additional location to wage war on, and Zombies gets Daily Callings challenges and other fresh features. Of course, a Holiday Event and new wintery cosmetics are also forthcoming. You can check out a trailer for Operation Absolute Zero, below.

Operation Absolute Zero introduces our first new post-launch Specialist: Zero, a versatile and deadly hacker available in both Multiplayer and Blackout. In Multiplayer, Zero can disrupt and distract her enemies using the powerful hacking tools at her disposal, bringing new counteractive measures to the table in Black Ops 4. Players can unlock Zero by completing Tier 1 in the newly revamped Black Market and immediately start testing out her wonderful new toys.

On December 10, we’re setting the stage with several hotly-anticipated updates to the core Blackout experience for all platforms, including our new Armor repair system, audio improvements, SDM and Spitfire weapon balancing, and seasonal changes across the entire map.Players will immediately notice the map’s new visual updates as soon as they jump out of the helicopter, from seasonal changes in foliage and softer winter lighting, to new smoke trails to better indicate where everyone is dropping. Subtle environmental improvements are also coming to Nuketown Island, Hydro Dam, and Factory.

Then, we turn things up a notch on December 11 when Hijacked debuts on PS4 as our newest Blackout destination, located on the peaceful waters of the map’s northwest quadrant. Inspired by the classic Treyarch Multiplayer map, our favorite luxury yacht becomes everyone’s new favorite hot drop in Blackout. Once you make it to dry land, hop into the new ARAV armored vehicle with a friend and light up your foes with its turret-mounted machine gun.

We’re proud to introduce three new free features for Zombies players on all platforms: Daily Callings, the Black Ops Authenticity Stamp system, and Daily Tier Skips for Zombies. Daily Callings provide new gameplay challenges that reward Zombies players with bonus XP and Nebulium Plasma upon completion. Be sure to check the Zombies Barracks for each day’s new challenge to maximize your earnings, level up faster, and concoct even more Elixirs and Talismans for your next record-breaking run.

We’ve also heard the community’s requests for a path to earn Black Market Tier progression by playing Zombies, and we’re happy to announce the Daily Tier Skip for Zombies! Starting next week, simply complete 15 rounds in one game of Classic Zombies each day for your daily bonus Black Market Tier.

Call of Duty: Black Ops 4 changes the series' approach to DLC, offering both free updates and a paid season pass. Operation Absolute Zero is the game’s first major free update – no word yet on when the first paid DLC pack will arrive.

Call of Duty: Black Ops 4 is available now on PC, Xbox One, and PS4. The Absolute Zero Multiplayer and Blackout updates roll out this week, while the Zombies updates arrive next week – the new content hits PS4 first, with PC and Xbox One players having to wait an extra week.