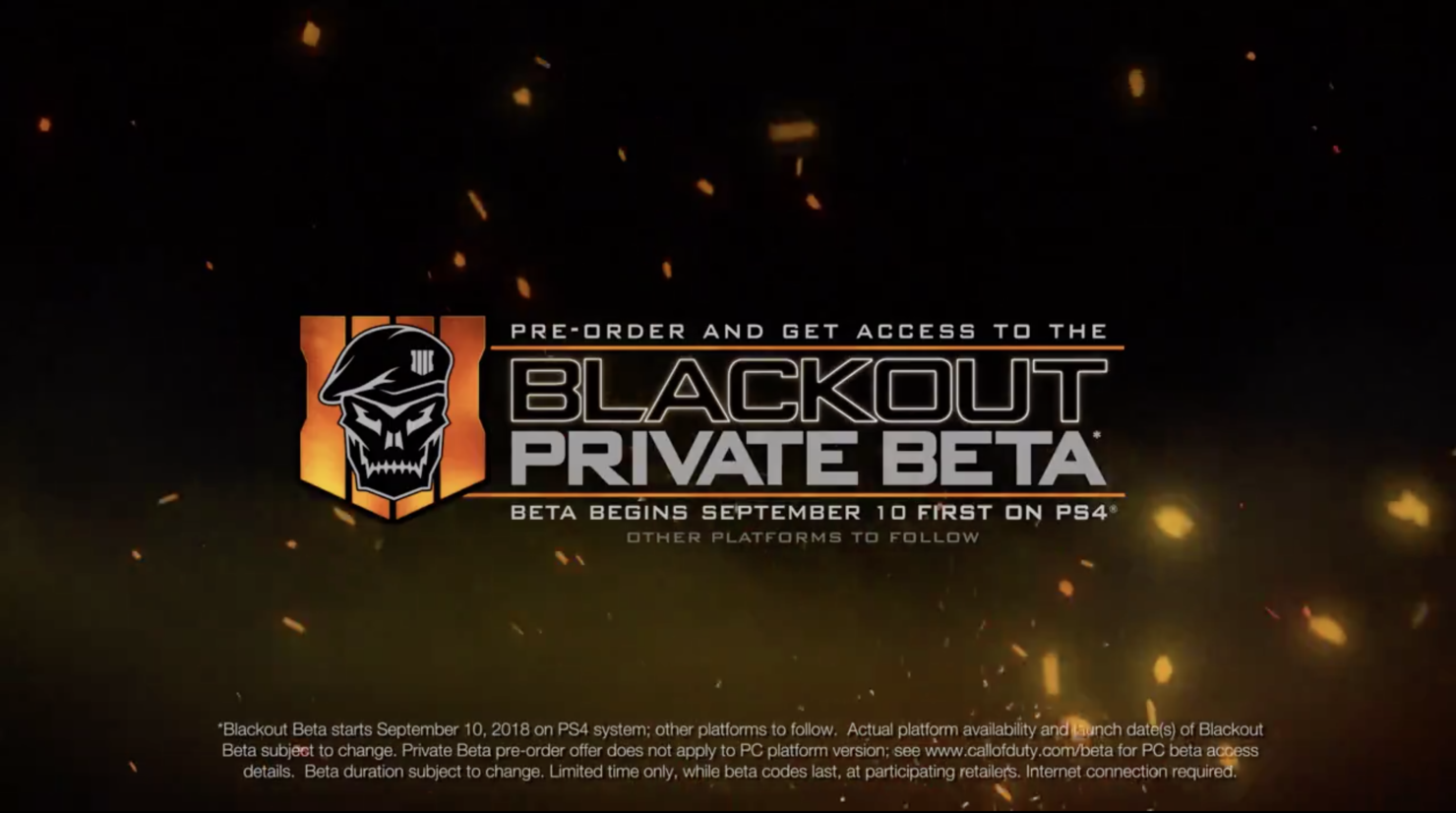 Developer Treyarch and publisher Activision announced the news through a new teaser trailer on Twitter.

As said, PlayStation 4 players will be able to play the closed beta first, while the Blackout Beta will launch on Xbox One and PC later.