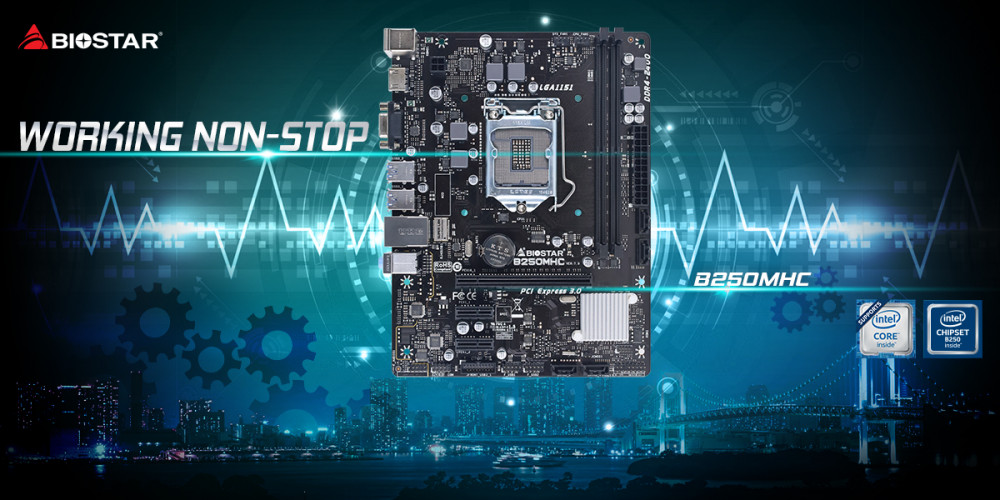 Biostar has introduced the B250MHC motherboard which has been designed for 6th and 7th generation processors from Intel. These processors are pretty old now as Intel recently released their 11th generation of their processors. This new motherboard is based on Intel's B250 single chip architecture.

Biostar B250MHC offers some fantastic features even for the much older chipset that it is built around, some of these features include supporting up to 32 GB of DDR4 memory with the two DIMM slots that are attached to this motherboard. 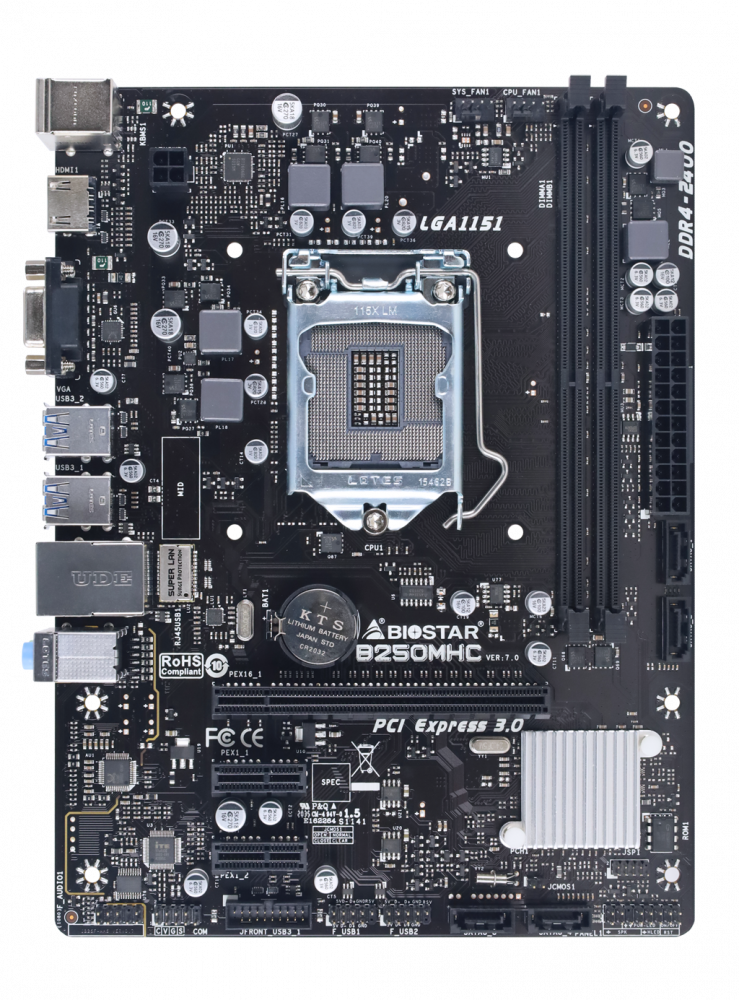 The 32 GB RAM capacity isn't the only feature that makes this motherboard an amazing buy for the older Intel processors, the USB ports are USB 3.2 Gen 1 while this motherboard also utilizes PCIe 3.0. The PCIe 3.0 offers an increase in channel improvement with enhanced signal and data integrity over 8 GT/s bit rate. The USB 3.2 Gen 1 port provides a transfer speed of up to 5 GB per second for much quicker data transfer.

For the IO, this motherboard features a PS/2 Keyboard and PS/2 Mouse port located at the very top, while right below them features the HDMI port then the VGA port. There are a total of four USB 3.2 Gen 1 ports located below the VGA port and then two USB 2.0 ports and a single GbE LAN port, that utilizes Realtek's RTL8111H chipset. The final ports on this motherboard are the three audio connectors that can handle up to 7.1 Channels of High Definition Audio.

While this motherboard may not be utilized in any high-end gaming PC, its use case is suited more for client data management PC or even installed an Internet Cafe PC.