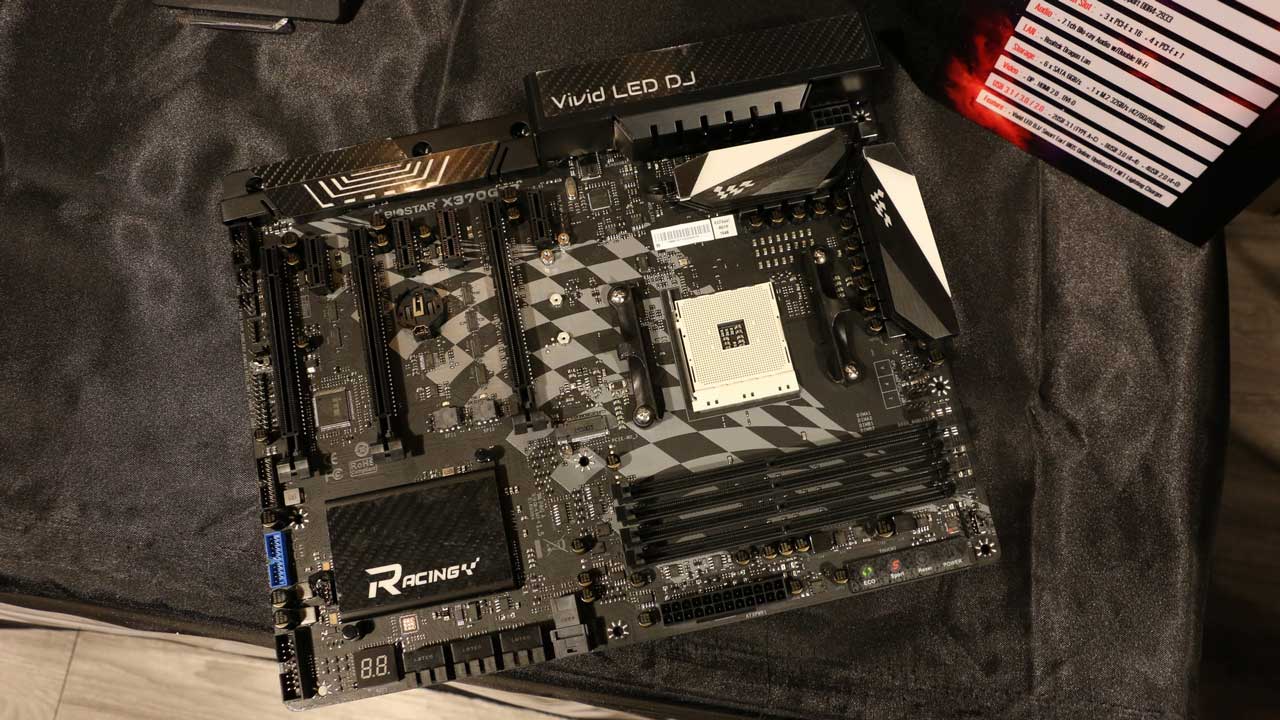 Biostar has unveiled their second generation RACING motherboards built for the AMD 300-series and Intel 200-series chipset platforms. The new motherboards were showcased at an event held in Taiwan along with several other products which would be launching soon.

Several motherboards were displayed but we will first focus your sight towards the AMD lineup. A total of seven motherboards based on the AM4 socket were launched at the event. The motherboards utilize the Promontory chipset which comes in various SKUs. The high-end lineup makes use of the X370 chipset but there will also be a few B350 and A320 chipset products. The AM4 lineup from Biostar is listed below: 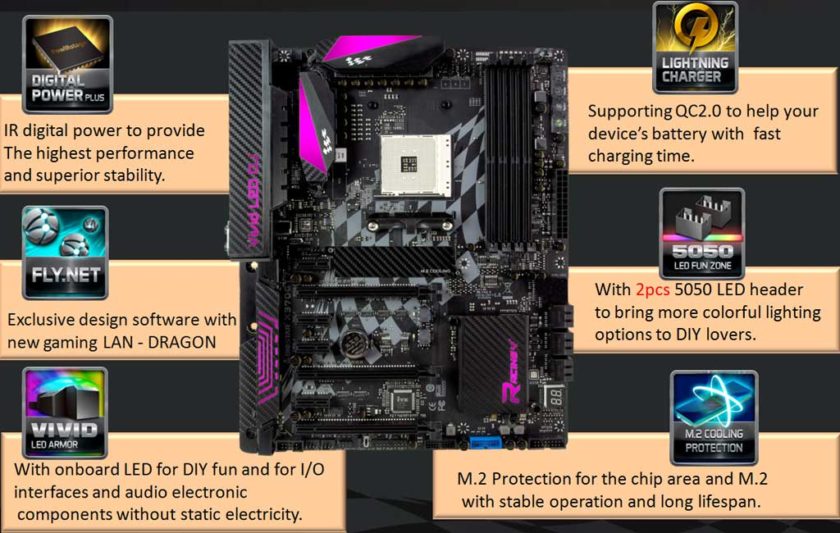 Biostar AM4 motherboards for AMD Ryzen CPUs will pack a range of features. (Image Credits: Zolkorn)

First up, we have X370, a high-end chipset for overclockers and tweakers who need robust platforms. This chipset provides the ultimate low-level control to its users and delivers ultimate graphics card bandwidth. By bandwidth, AMD is referring to max PCI Express lanes as this is the only chip in the stack that supports multi-GPU functionality. You can find a list of X370 motherboards from other manufacturers over here.

AMD has mentioned two full x16 (Gen3) lanes for GPUs. AIBs can add additional lanes through a PLX chip but that would add to the cost. X370 features full overclocking support with a very sophisticated GUI that will allow the best overclock tools and experiences. Since all Ryzen CPUs have an unlocked multiplier, record breakers will definitely put X370 boards to the test on liquid and LN2 setups. The chipset supports both, CFX (CrossFire) and SLI. Features of X300 series chipsets include:

AMD B350 is the mainstream chipset and offers the most value in terms of I/O and functionality. This chip offers a lower number of lanes compared to X370 since AMD believes that most users don’t go multi-GPU in this segment. Aside from that, the chipset does retain overclocking support for all AM4 CPUs that will be offered in the future. This chipset replaces the 970 and A78 platforms.

The AMD B350 chipset features 70% power reduction over its AM3+ predecessor (5.8W vs 19.6W). The latest DDR4 memory controller also offers 22% more bandwidth compared to DDR3. Our friends over at Zolkorn were present at the event and managed to capture some really great photos of the products which can be seen below:

As reported earlier, BIOSTAR reminded the dealers that they will be having a promotion in which the new BIOSTAR RACING Z270GT9 and RACING Z270GT6 will be sold as a bundle with an Intel 600p 256GB PCI-e M.2 SSD and a BIOSTAR G300 series 240GB SSD respectively.

On display in the event were the products mentioned as well as custom-built gaming setups to showcase the allure of the new BIOSTAR products. The guests were free to experience the products for themselves and feel the new level of quality that BIOSTAR brings to the table. via Biostar

There was no word on the pricing or availability of the AM4 motherboards. The Intel 200-series boards from Biostar have been available on the market since early January. AMD Ryzen processors are expected to hit the market around February - March so expect launch around the same time in global markets.