Epic Games checks out the character classes of Bierzerkers at E3, a new Unreal Engine 4 multiplayer combat Viking title, to prepare for the launch on Steam Early Access on Thor's Day July 9th.

Shield Break Studios is an independent game developer founded by veterans of Blizzard Entertainment, Riot Games, Activision, NCSoft, and Certain Affinity. Having worked on properties such as World of Warcraft, Halo, Call of Duty, Starcraft, Diablo, and League of Legends, Shield Break Studios is deep in development on its first game, Bierzerkers. 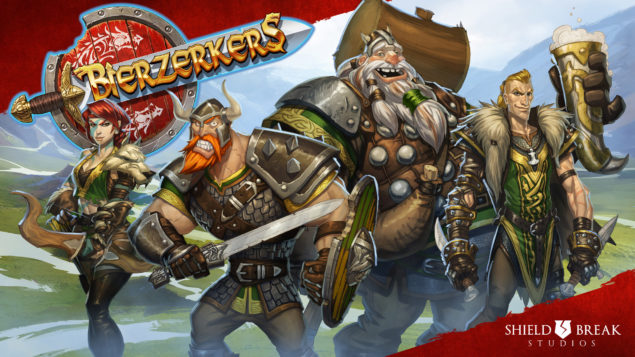 Bierzerkers is a team-based, multiplayer melee combat game set in the viking afterlife

Do battle as a variety of unique classes with stylized Norse visuals, arcade-inspired melee combat, and fierce online competition. In Bierzerkers, you will crush your enemies, see them driven before you, and hear the lamentations of their sheep. 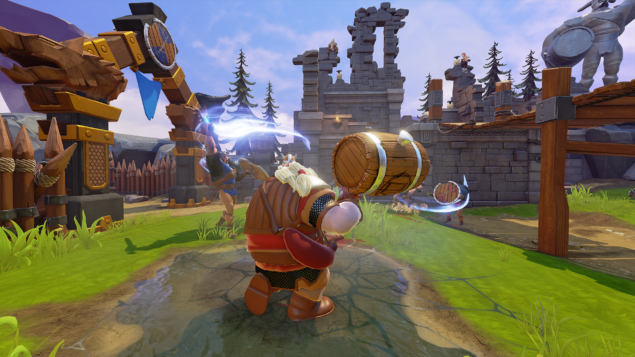 Ever wonder what goes on in the viking afterlife?

Drinking and fighting of course. Bierzerkers invites you to experience all the Brewhalla shenanigans you can handle. Players can battle as a variety of unique fighting classes. Expect stylised Norse visuals, arcade ­inspired melee combat, and fierce online competition.

It’s a team­based, multiplayer melee combat game that will get you reaching for the closest horned helmet. While easy to pick up and play, Bierzerkers accommodates those ruthless souls willing to fight their way to the top and offers a high skill cap as well.

The Scoundrel is a sneaky assassin who uses speed, mobility, stealth, and a mix of throwing daggers and powerful blades to tear down unsuspecting enemies. He is an offensive glass cannon who can be taken down easily but he has incredible damage potential against enemies who are caught unaware.

The Huntress is a ranged defensive specialist who excels at picking opponents apart from a distance with her powerful frost bow. She specializes in setting up kills with her powerful freezing and slowing abilities. She uses her frost bow to keep enemies away and to control the battlefield.

The Drunkard is a support melee fighter who specializes in healing his teammates. He can spray bier at his teammates to keep them replenished and put down area of effect healing kegs to keep teammates sustained and in the fight. In addition, he has a slow but powerful two handed hammer to defend himself.

"There's no crying in Brewhalla!"

The Raider is a versatile melee fighter who prefers to deal with his enemies head on with his sword and shield. He has a well rounded mix of offensive and defensive skills and is a deadly close quarters fighter. His abilities allow him to catch up with enemies to keep them on the run.

The Valkyrie sings and flies her way across the battlefield with her spear and magic helmet. She is a defensive master who controls the battlefield by walling off enemies and providing teammates with protective shields. Her deadly spear gives her an unparalleled melee range to keep attackers at bay. 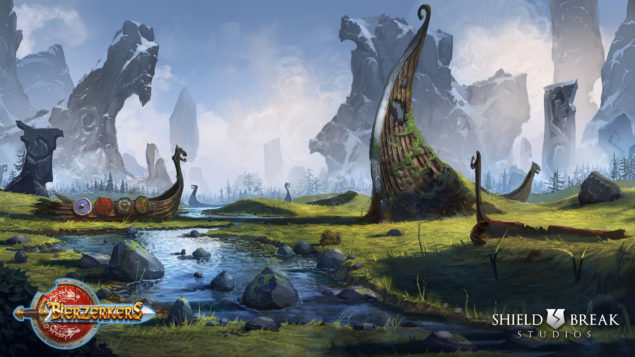 “With Bierzerkers, we’re creating a unique blend of hack n' slash action inspired by our favorite melee combat games. We’re throwing realism out the window and focusing on a fun and irreverent style that seeps into every aspect of the game,” says Will Harris, lead designer.

“Bierzerkers blew me away the first time I saw what the veterans at Shield Break were working on! With the combination of Unreal Engine 4 and their experience, it’s been miraculous what they’ve been able to accomplish in a short amount of time,” says Joe Kreiner, Epic Games’ head of Unreal Engine licensing for the Americas.

Bierzerkers launches on Steam Early Access on Thor's Day July 9th. We will bring you any new information on the game as soon as it becomes available.