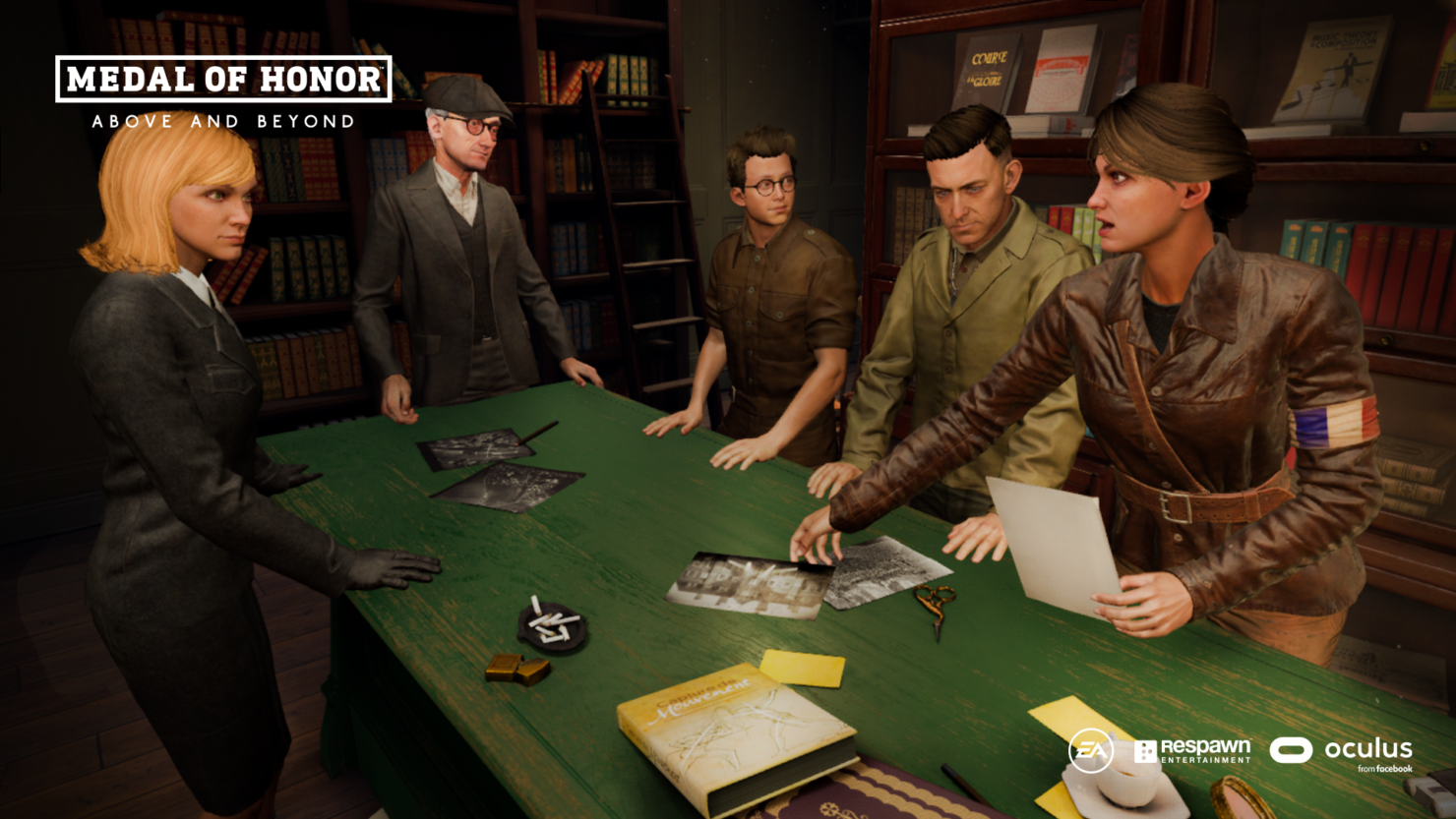 Respawn Entertainment is working on the first new Medal of Honor title set in The Greatest Generation in more than a decade. The upcoming Medal of Honor: Above and beyond is being developed in partnership with Oculus Studios and as such is currently announced as an exclusive to the Oculus lineup of VR headsets. During Gamescom’s opening salvo of games announcements, Respawn Entertainment showed off the first story trailer for their single-player campaign set in the shoes of a French resistance sympathizer in World War II.

The trailer showcases Medal of Honor: Above and Beyond’s rich storytelling and insightful historical content as the franchise returns to its roots. Through VR, players will be transported into the boots of a combat engineer who is recruited to join the OSS -- Office of Strategic Services, the forerunner of the modern CIA created to conduct espionage and sabotage behind enemy lines during WWII. Alongside a cast of new and returning characters from throughout the Medal of Honor franchise, players will experience missions that will take them from Tunisia to across Europe, participating in some of the biggest moments of the war.

Medal of Honor: Above and Beyond is developed by longtime series developers and in partnership with Oculus from Facebook, and explores the theatre of war in an entirely new cinematic and immersive way. Respawn worked directly with WWII veterans to capture their riveting stories to add context around the historical set pieces players will engage with in the game’s powerful story and unique VR gameplay.

Medal of Honor: Above and Beyond will be released on the Oculus platform as a VR-exclusive first person shooter. The upcoming Resistance experience will be available on Oculus Rift and similar Oculus HMD devices this Holiday.