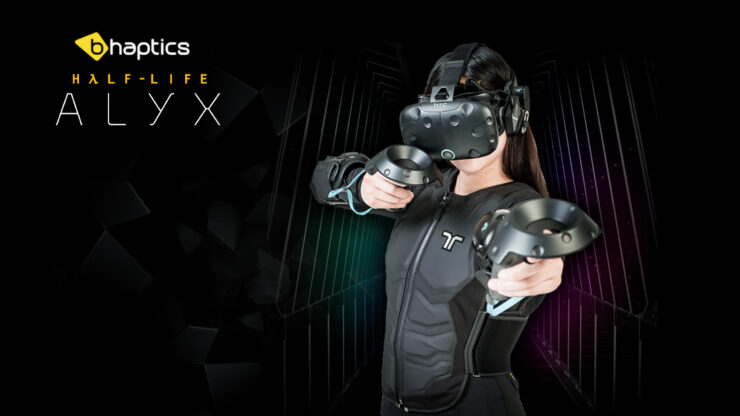 If there's one thing that Half-Life Alyx was missing, aside from lightsabers, was a proper sense of impact to those crefuls of grenades Alyx chucks about. The folks from bHaptics have just released a proper mod for Half-Life: Alyx that integrates three pieces of the Tactsuit lineup into the game: the Tactot vest, Tactosy sleeves, and Tactal HMD face cushion.

The Half-Life Alyx mod for the bHaptics Tactsuit includes a configuration to set the intensity of each effect, whether it's from specific enemies or weapons to subtle details like Alyx's heartbeat and the sensation of catching something with the gravity glove. If you haven't had a chance to play Half-Life: Alyx all the way through, the settings menu may contain some light spoilers on enemy types and weapons.

You can find a download link to the Half-Life Alyx bHaptics Tactsuit mod here and is compatible with other mods enabled. If you do decide to run the Tactsuit mod along others, bHaptics recommends going into your scripts folder for Half-Life Alyx and manually merging the files by adding the following script into your existing init.lua.

The official Steam Workshop and mod tools for Half-Life Alyx are only a few days old but are already starting to get some creative tools. Have you tried out the Tactsuit mod and have some recommended settings to make the experience more realistic? Let us know in the comments below!