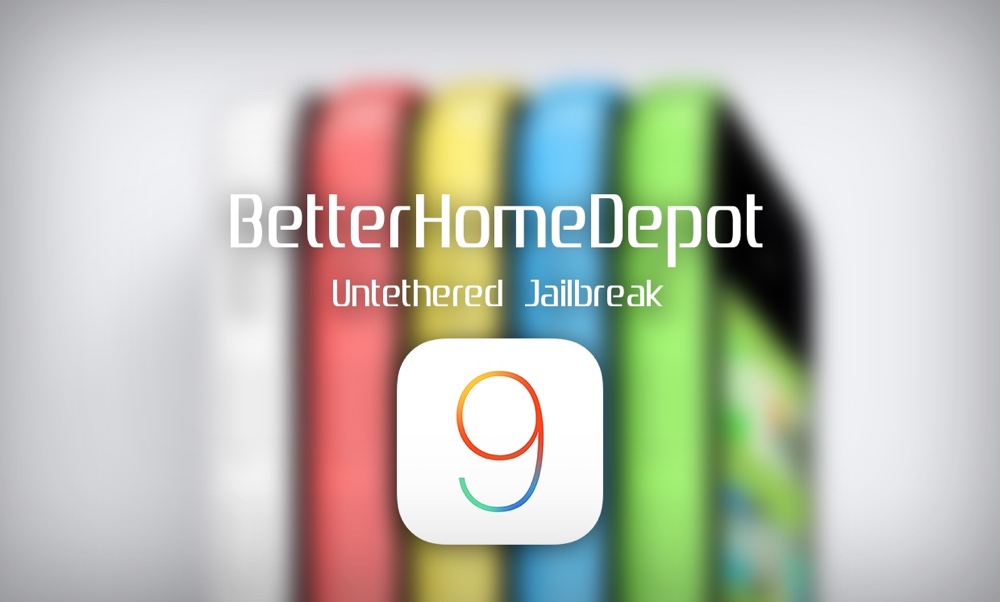 Those who were on iOS 9.3.5 were greeted with some great news while back with the release of a new jailbreak tool called Phoenix. While that's all well and good, Phoenix is a semi-untethered jailbreak. This means that you have to re-jailbreak your iPhone or iPad in the event of a restart or the battery depleting. Not ideal for everyone, but nonetheless it's a jailbreak, and something enthusiasts can ride on.

Fast forward to the present day, and we have a new jailbreak solution called BetterHomeDepot. What's so special about this is that it's fully untethered. This means whether your device powers down or restart, your iPhone or iPad will remain in the jailbroken state.

So, how do you use BetterHomeDepot?

First and foremost, it should be made clear at this point that the jailbreak does not support iOS 9.3.5. It works on iOS 9.1 all the way up to iOS 9.3.4. That's a wide range, but 9.3.5 users are completely out of luck. With that out of the way, you can jailbreak your device using Phoenix on a supported firmware, then you launch Cydia add the following repo: repo.tihmstar.net and download the BetterHomeDepot package from there. Once downloaded and installed, your device will embrace the untethered jailbreak status.

It's best you watch the official tutorial video of the jailbreak below before going ahead with the process. Because if something does go wrong, then you will be forced to restore your device to iOS 10.x and you won't be able to downgrade back, until or unless you have your SHSH2 blobs saved.

In case of a boot loop after the installation of the package, it's recommended that you reboot the device at least 10 times. This will trigger the boot loop protection and everything will return to normal.

Do let us know if you went ahead with jailbreaking your device, or you chose otherwise.