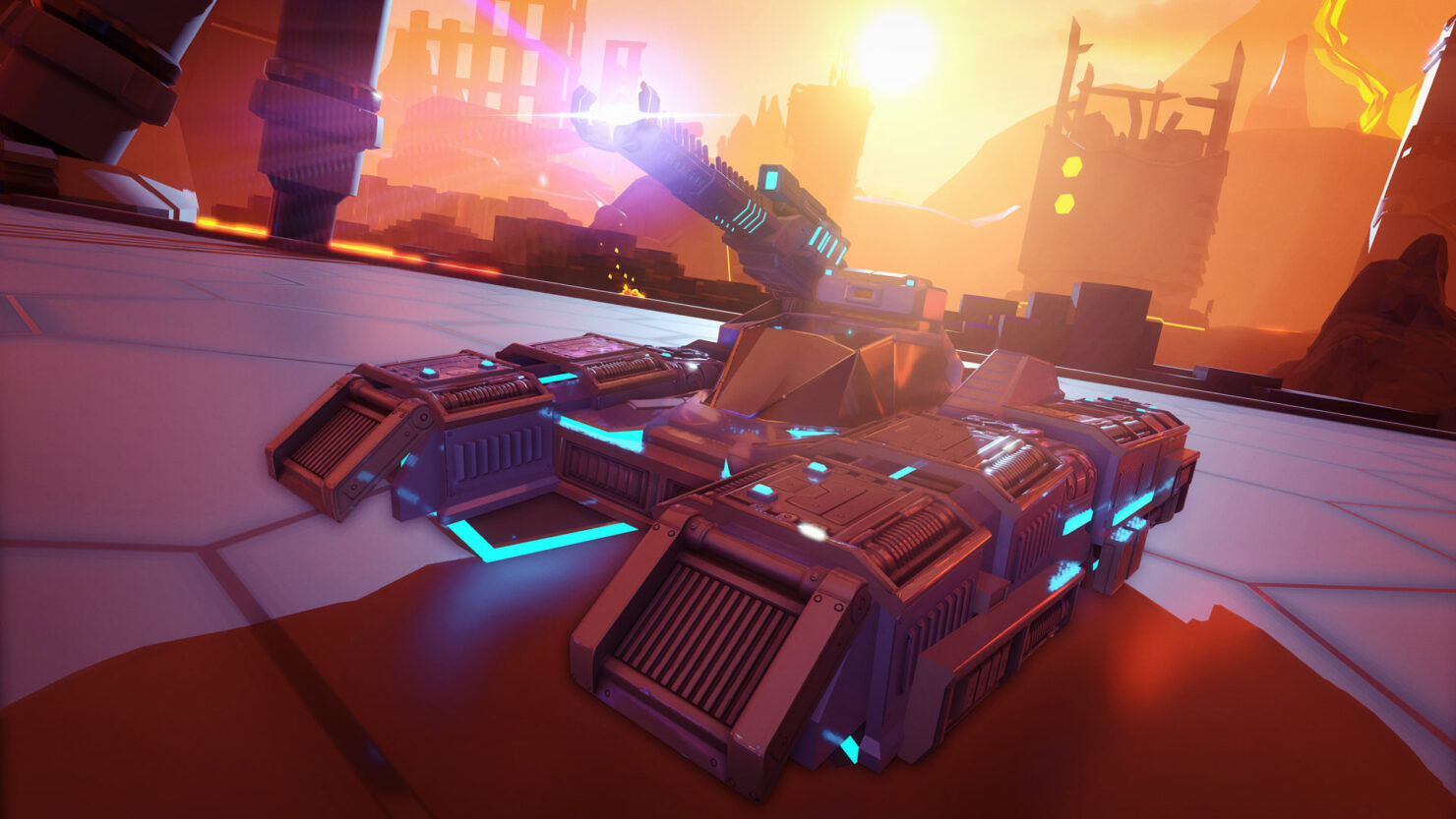 Rebellion has now released Battlezone Gold Edition, a VR-less edition of the game launched a while ago, for PC, PlayStation 4 and Xbox One with a Nintendo Switch edition (developed by TickTock Games) coming in the Summer.

The game is priced at 34.99 dollars or euros, or 29.99 pounds if you're in the United Kingdom. However, there's a special 10% discount until Monday 7th to celebrate the launch week.

• Horn Pack - Surprise or rally your Battlezone teammates with a blast from one of these 10 custom tank horns including ship, clown, sportscar, train and bike sounds ... and more!
• Military Camo/Hi-Viz/Safari Camo skin packs - Customise the inside and outside of your Cobra with 15 unique skins!
• Bobblehead pack - Personalise the inside of your Cobra command deck with this pack of 8 detailed bobbleheads inspired by Rebellion's legendary videogames and comics, including Judge Dredd and Rogue Trooper!

We reached out to Rebellion and they confirmed that Battlezone Gold Edition runs at near-4K rendering on Xbox One X with support for High Dynamic Range compatible displays. By contrast, PlayStation 4 Pro only supports Standard Dynamic Range and 1080p resolution.

Sony's console does have one advantage on the lighting front, though. Rebellion PR confirmed that PlayStation 4 Pro enjoys improved dynamic lighting in the Cobra cockpit and increased reflective lighting resolution while the Xbox One X version does not.

Below you can find the game's 1.08 Update Notes (the patch went live yesterday).