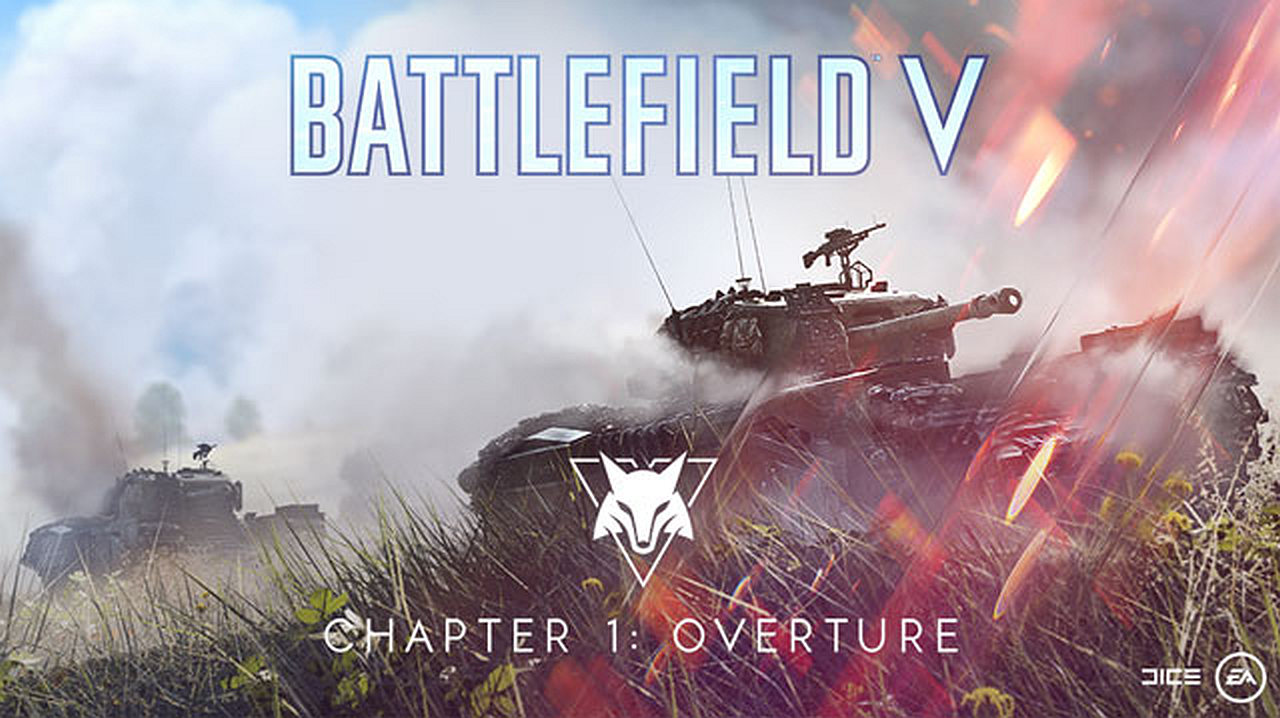 Battlefield V Overture, the first chapter of the game's Tides of War post-launch roadmap, is due to go live today after a slight delay due to unforeseen issues.

The full patch notes for Battlefield V Overture have been posted a few hours ago by DICE and as expected, they're lengthy. Below we've focused on the most interesting changes, from the promised optimization for NVIDIA RTX real-time raytraced reflections to the content additions available in Battlefield V Overture.

A fresh single-player War Story is added to Battlefield V with the update. This is The Last Tiger.

The Rhine-Ruhr region, Spring 1945. The vast Twelfth US Army Group presses the borders of Germany. German lines are in disarray; units are broken, separated, and poorly supplied.

In this setting, you’ll join the German crew of Tiger number 237 – “Stefan” – as it operates a near-indestructible Tiger I tank in an unwinnable battle on the borders of their fatherland. As with our other War Stories, this one is presented in its native language of the crew - German.

The Last Tiger gameplay is built around tank combat in an urban environment. This is a setting where managing sight lines and tank facing are key, as you can turn a street corner and suddenly find yourself in a completely different combat scenario. Hit enemy vehicles  where they're most vulnerable while keeping the front of your vehicle facing them for maximum protection.

Few enemies can survive the Tiger’s bite, an 88mm cannon that destroys most allied tanks with a single shot. But is that enough? The US army pushes in with vast numbers of Sherman tanks, artillery, and a host of infantry under the cover of tank-busting air superiority. Meanwhile, your orders are to advance and meet them.

Take part in the first major tank battle of the war, larger than any that came before. In the first few days of the Battle of Belgium, Axis armor steamed ahead of infantry forces into Hannut, clashing with Allied tanks in the rolling hills and farmland of the Belgian countryside.

Now, tank husks litter the landscape of the once beautiful surroundings as the second wave begins. Scarred and singed, the landscape tells a horrific story of a battle that is far from over. Wind your way through muddy trenches and shallow rivers to fortify key positions. Utilize the Supply Stations built around the forested cabin and gain an advantage by taking the high ground farms. Stand your ground and brace yourself from the relentless incoming armor attacks.

Our latest experience focuses on the tanker crew fantasy by offering vehicle-centric gameplay with light infantry support roles. Strategy and communication are key between squadmates in order to create the ultimate tanker crew. Fortifications, repairs, and Supply Stations scattered across the map become crucial to the survival of your vehicle. Roll across a huge Battlefield map with a massive force of armor, carving a path of destruction through the countryside.

In our newly added Practice Range, you’ll be able to get familiar with various weapons and vehicles that Battlefield V has to offer. You can join the Practice Range either alone to test your skills or with your squad to practice and have fun together. The activities differ a bit depending on if you’re playing alone or with friends, so make sure to try out both!

In the Practice Range you’ll be able to:
• Explore the base class weapons offered and find your favorite, learn their spray
patterns and practice aiming, flicking, and turning accuracy.
• Practice flying a fighter or a bomber and take out enemy planes or bomb targets.