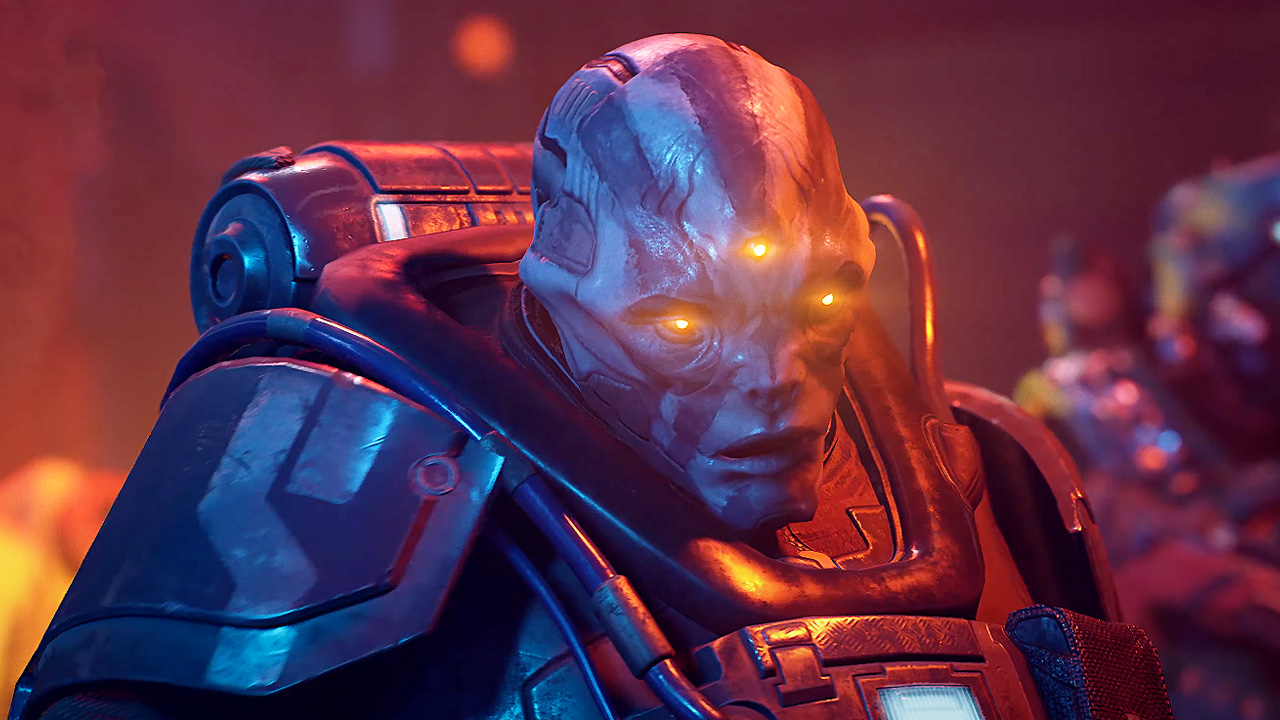 Microsoft has revealed the titles they’ll be adding to Xbox Game Pass on PC and consoles in late July, and it’s one of the best lineups in recent months. Subscribers can look forward to a variety of new-release titles, including The Ascent, Cris Tales, and the console version of Microsoft Flight Simulator, as well some promising indies like Last Stop and Omno. We’re also getting a couple old-school Xbox games in Crimson Skies and… Blinx: The Time Sweeper. Well, they can’t all be winners. 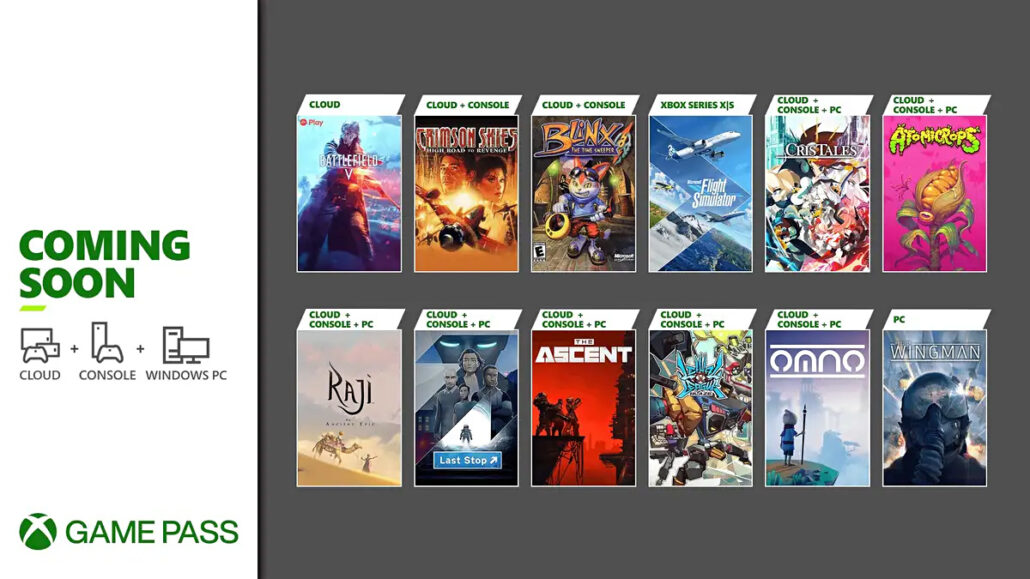 Here are your late-July PC and console Game Pass titles:

Enter mankind’s greatest conflict with Battlefield V as the series goes back to its roots with a never-before-seen portrayal of World War II. Lead your squad to victory in all-new multiplayer experiences like the multi-map Grand Operations. Fight across the globe in the single-player War Stories campaign. This is the most intense, immersive, and innovative Battlefield yet. You will never be the same.

Embark on a journey across a dark fairytale world with the newly awoken time mage Crisbell and her companions on day one with Xbox Game Pass. To succeed in this Colombian love letter to classic JRPGs, you’ll need to learn from the past, act in the present, and rewrite the future.

Atomicrops is an action-packed, roguelite, bullet-hell game where you must defend and cultivate the last farm in a post-apocalyptic wasteland. Tend to mutated crops (be careful, some have teeth), marry townsfolk (ooh la la), collect cats (because who wouldn’t?!), and kill every mutant creature that tries to invade! This ain’t no ordinary farming simulator.

Take on the role of Raji, a young girl blessed by the gods to defend the human realm from an onslaught of demonic beings that seek to destroy her world. Brother and sister, Raji and Golu, separated by the attacking demonic hordes, now find themselves in the middle of a great war. Raji has taken it upon herself to find her brother and put an end to this reckless conflict.

Developed by Variable State, creators of the award-winning Virginia, and available with Xbox Game Pass on day one, Last Stop is a single-player, third-person adventure set in present-day London, where you play as three separate characters whose worlds collide in the midst of a supernatural crisis.

Coming to Xbox Game Pass to celebrate 20 Years of Xbox, Blinx: The Time Sweeper is a fast-paced action game featuring a cool, clever character in wild, warped worlds. The ability to control the flow of time provides a classic 4-dimensional gaming experience.

From Xbox Game Studios, available with Xbox Game Pass on day one of its release for Xbox Series X|S! From light planes to wide-body jets, fly highly-detailed and accurate aircraft in the next generation of Microsoft Flight Simulator on Xbox Series X|S. Test your piloting skills against the challenges of real-time atmospheric simulation and live weather in a dynamic and living world. The sky is calling!

An intense, high speed ball game with unique characters, outta sight sounds, and none of that weak stuff. In Shine City, the anti-gravity ball game has long been illegal. The group who kept playing was dubbed the Lethal League. Even now, with their sport pushed underground, players and crews compete for challenge and respect.

Available with Xbox Game Pass on Day 1! A journey of discovery through an ancient world of wonders, created by solo developer Jonas Manke. Full of puzzles, secrets, and obstacles to overcome, where the power of a lost civilization will carry you through forests, deserts, and tundra – even to the clouds.

In an immersive flight experience, you’ll dogfight, strike, and fly your way to conquering the skies. Strap yourself into the cockpit of over 20 unique aircraft and become a true ace in Project Wingman.

Available with Xbox Game Pass on day one, The Ascent is a solo and co-op action-shooter RPG set in a cyberpunk world. The mega corporation that owns you and everyone, The Ascent Group, has just collapsed. Can you survive without it?

What Game Pass titles do you plan on tackling over the next few weeks? The Ascent certainly looks intriguing, and I do wonder how Microsoft Flight Sim will run on Xbox Series X/S.