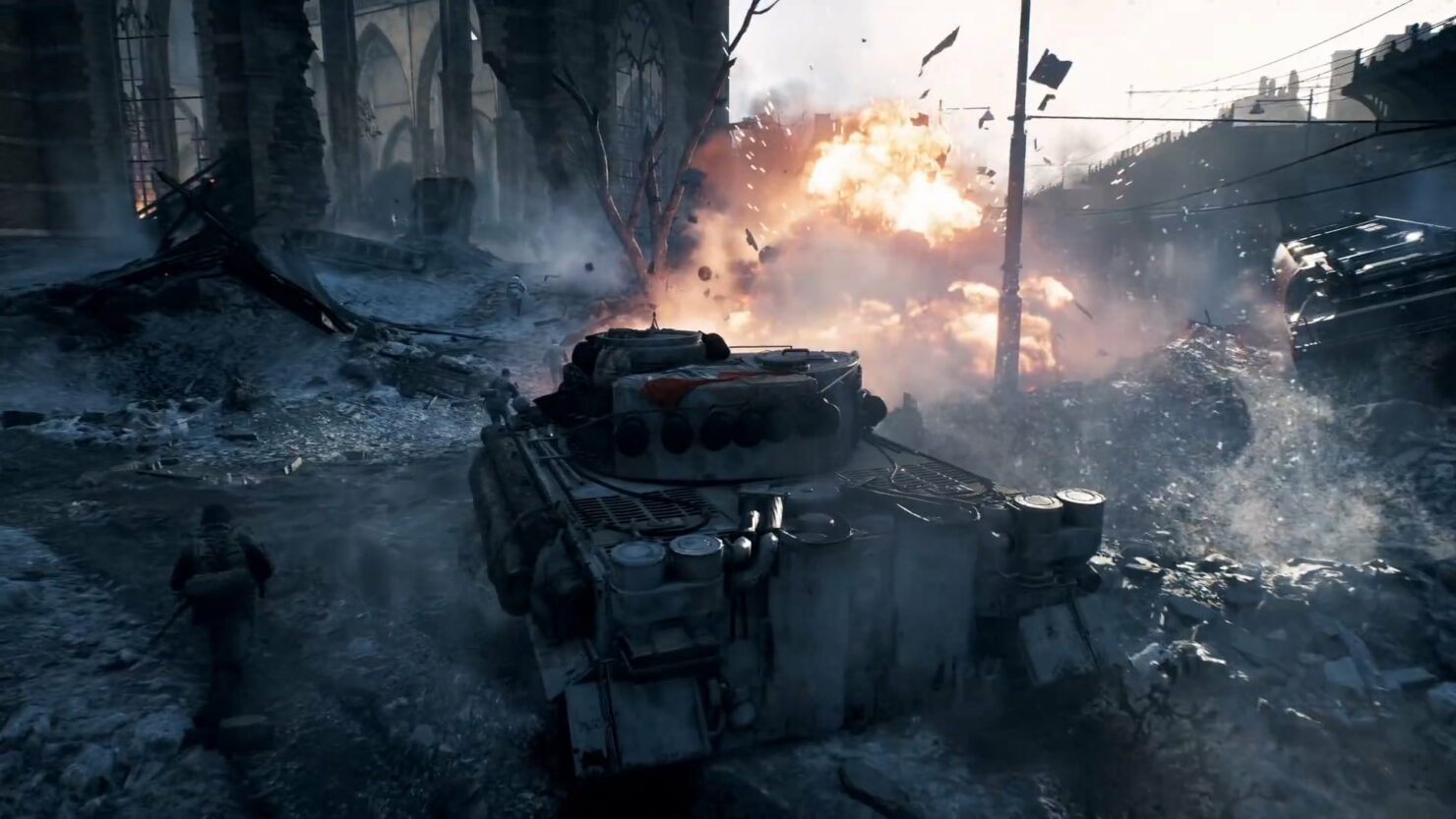 Battlefield V's recent beta test provided DICE with tons of user feedback and the developers have now relayed to the community the upcoming changes they plan to make for the final version of Battlefield V (which was delayed to November 20th, in case you forgot).

The main topics discussed by DICE were the balance of attrition (ammunition will be slightly less scarce in the final game than it was in the beta), improved player visibility, an extended vehicle damage system, better spotting for pilots and more. Read the full lowdown below.

Balancing a War of Attrition

First off: having limited ammo and health is key to optimizing the gameplay tempo. It encourages you to be mindful, as well to be more thoughtful and tactical instead of just spawning, sprinting, and dying.

In community-created polls following the Open Beta, we’ve seen that most players want us to tweak the attrition – which we are doing. In general, players are going to spawn somewhat more capably in the final game. For certain weapons, you’re going to have more ammo, and other weapons will see an increased max amount for ammunition. We’re also considering letting you start your fight with a Health Pouch that can be used one time.

When it comes to Supply Stations, we’re removing some. They won’t be completely cut from the map, but instead of being pre-built, they will need to be constructed by players. This provides more opportunities to score points from construction and adds something fresh to the flow after spawning beyond just sprinting towards the enemy.

Seeing both enemies and friendlies in the heat of a fight is, of course, vital. As you may know, Battlefield V won’t have the tortilla chip-shaped spotting icons on the top of players’ heads, making you rely on your vision (or the spotting-specialized Recon Class) instead. This is forcing us to create the best player visibility system Battlefield has ever seen.

On the Rotterdam map in particular, we noticed that a clearer separation between the background and the foreground was necessary. We’re adding a distance haze, which makes other players pop more, and you’ll also see fixes to lighting levels and visibility bugs in general.

If you played the Open Beta, you might have found it took a while to get back into the action after having been downed by an enemy. This has been tweaked; bleeding out now goes much faster than before. Also, the time spent in the squad follow camera – AKA the “parrot camera” – will be reduced. The revive icon and audio for revive shouts will be polished to make it easier to see and hear squad mates calling for help.

On top of this, we’re adding a new functionality. When shot down, the length of your bleedout time will be taken into consideration when you get to the squad follow camera screen. If you’ve spent a lot of time bleeding out, the waiting time in the squad follow camera before spawning will be shorter. This will make for a tighter experience and benefit Medics, since players won’t hesitate to shout out for help.

It’s important not to overdo alterations to respawn and bleedout times, since they affect how busy a match is. If players were able to come back to the battlefield immediately, there would be chaos on the map, so moderation is key.

Time to Kill and Time to Death

TTK and TTD are naturally tied to how powerful the weapons of Battlefield V are. Thanks to the tons of telemetry data – literally billions of kills – from the Open Beta, we’ve been able to balance the strength of certain guns. Some weapon types are pretty much exactly where we like them, but others stand out in their power – especially the fully upgraded ones. We’ll do changes to these weapon types to make sure the time it takes to kill enemies feels just right.

On the TTD side – how fast it feels to be killed on the battlefield – we’ve looked at the Open Beta’s netcode telemetry and latency. There are some fixes still to be made here, and we’ll do a full netcode pass and look at aspects such as your enemies’ bullet separation.

In the Open Beta, players got to pilot the medium tanks and heavy tanks in their Grand Operations and Conquest matches. If you thought the selection was slim, don’t worry – the full game will feature many more exciting World War 2 vehicles.

We also got some feedback that the Open Beta’s tanks felt too heavy, but when the more agile light tanks arrive at launch, the vehicle characteristics will make more sense. There were community comments on survivability, turret speed, and how lethal tanks were against infantry. These aspects will see further tweaks but, again, different tank types are good for different things: the heavy and medium ones can sustain damage and hold an area better, while light tanks are better at defending against infantry. Medium tanks can be used for both depending on how you specialize them.

In general, we want to give you as much choice as possible. If you want to drive to the outskirts and harass enemies, you can jump into a light vehicle and do that. If you want to push the front with a massive Churchill or Tiger Tank, go ahead! All vehicle types come with their own advantages and disadvantages.

Systemic damage has existed in some form since Battlefield 3 and you saw some – but not all – of the system in the Battlefield V Open Beta. If you’re unfamiliar with the concept, the idea is that you don't have to completely destroy a vehicle to defend against them – you can take out parts of them. The Open Beta featured systemic damage on the vehicle tracks, but it wasn’t implemented for turrets and engines.

One thing we didn't like with partly destroyed tanks in previous titles was that although the tank pilot could survive, he or she were sort of stranded, unable to move or shoot back. In Battlefield V, you’ll feel less dead in the water in these types of situations. If, for instance, your left track is damaged, it won't be completely disabled, but you'll limp along. Overall, we want the systemic damage states to give players meaningful tactical choices. An infantry player going up against a tank might, for example, want to attack the turret first.

Air combat will also see some tweaks. Post Open Beta, we saw concerns that fighter planes weren’t as agile as expected, and that they couldn't engage with ground targets as easy as before. Some planes are not yet where we want them to be, so we'll keep adjusting them.

Pilots and gunners will also get improved visibility of enemies. We like how spotting works in Battlefield V, but it effects planes, and we've countered that by extending the range at which can you see spotted enemies while using aircraft. This should help planes acquiring ground targets and make sure that planes aren’t disconnected with the ground combat. Not part of the Open Beta, plane upgrades like Radar and Parachute Flares will also make your life as a pilot easier when they arrive in Battlefield V.