This year’s installment in Electronic Arts’ well-known first-person shooter video game series is nothing like the last one, but from the in-game media content released by the publisher, and now the final beta of the game, it seems like Battlefield Hardline is going to be pretty amusing. Of course, you will need a well-fitting hardware to enjoy the game on PC, but unlike almost all of the latest triple A titles, Battlefield Hardline’s minimum and recommended system requirements do not ask for much. The only thing that seems to be taxing is the required 60GB HDD space and 64-bit version of Windows. 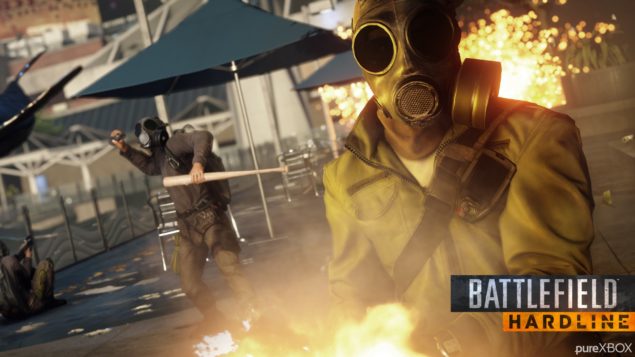 The final Battlefield Hardline open beta has kicked off, and it allows players across all platforms to jump anywhere in the game and unlock everything in the five days of its availability. The game, unlike previous traditional Battlefield games, features a new variety of gameplay that mainly focuses on police and war on crime. It is simply a run between the criminals and Special Response Units. Players will be able to use in-game military-grade weapons and vehicles as well as other equipment that the real-life police has in use.

Just recently, and back when Battlefield Hardline was announced last year, developer Visceral Games mentioned that the game would have system requirements that were more or less aligned with Battlefield 4, the previous main installment in the series. The official final specifications for the game that Electronic Arts and Visceral Games just released most certainly are similar to those of Battlefield 4, which means you will be able to play Battlefield Hardline just fine on your an-year-old PC. However there is one thing that you should worry about a little.

The main significant difference between system requirements of 2013’s Battlefield 4 and the latest Battlefield Hardline is that you can no longer run the upcoming game on 32-bit Windows, and you need to have twice the amount of hard drive space too. The game requires 64-bit version of Windows 8 or Vista to run, and at least 60GB HDD space for installation. Other than that, your AMD Radeon R9 290 or NVIDIA GeForce GTX 760 will do just fine to run the game smoothly.

Below are the minimum and recommended system requirements for Battlefield Hardline, as shared on Origin by EA. Note that while minimum requirements below will handle the final build. Electronic Arts has stated that those running the beta with 4GB of RAM or less may encounter some issues, as the current beta build is not well optimized for lower-end PCs. To enjoy smooth gameplay, the developer advises players to "close all other applications while playing the game".

Battlefield Hardline is out next month on March 17 for PC, PlayStation 4, PlayStation 3, Xbox One and Xbox 360. Have you been playing beta version of the game? Share your thoughts on how pleasing the upcoming game is in the comments section below.