Battlefield has always focused on bringing the battle out doors with large open areas such as islands and city blocks but it seems that DICE has decided to do something unorthodox and see whether the same mayhem can be brought in if the players were made gun blazers behind closed doors. Earlier DICE confirmed that 3 new DLC's ARE in the works with one being focused on Close Quarters Battle, the second being focused on Vehicle combat and the third pack is still a mystery. Today a trailer surfaced which shows Ziba Towers; the first of the new DLC packs to come, it will include 4 indoor maps where players take the battle out of the battlefield and inside the buildings instead. 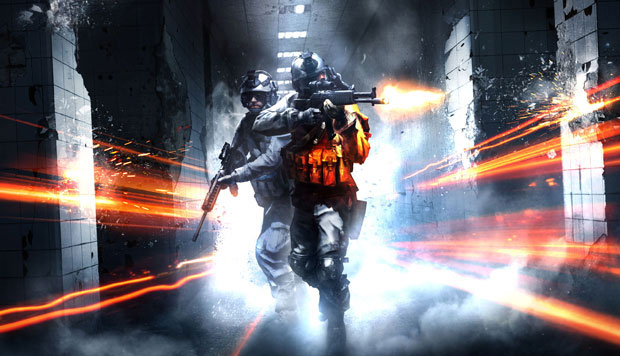 Battlefield 3 has always been about fighting big battles in the outdoors but it seems that DICE wants to experiment with the new DLC Pack which has 4 maps packed full of indoor action. The DLC Pack has been dubbed "Ziba Towers DLC Pack" and as you can see in the trailer below the destruction can be just as chaotic indoors as it can be indoors, although don't expect any vehicles in the map so those of you with itchy trigger fingers on Helicopters and Jets will have to do things the old fashioned way.

The trailer also gives a sneak peek at some of the new weapons we can anticipate in the new map pack too which includes some community favorites from Bad Company 2 such as the AUG, SPAS-12, ACW-R, L86A1 LSW, LSAT and MTAR-21 are probably the few of probably more weapons added into the DLC. The DLC is coming in June 2012 and will launch a week early for the PlayStation 3, While the price and official release date is still unannounced we can anticipate the same price for Back to Karkand.