Battlefield 4's free DLC, Legacy Operations, is going to be available on December 15th, or tomorrow. This content update is focusing on making you feel nostalgic with a remake of two classic maps, one inside the other.

Legacy Operations remakes popular past Battlefield maps, hits you in the feels.

DICE has remade the Battlefield 2 favorite, Dragon Valley, with an emphasis on vehicular combat and destructible environments. The bridges that are found throughout the map that connect the various sections of land can also be repaired by engineers, letting those vehicles move freely between. The difference between the original and the remake is just astonishing. The complexity has been increased by several orders of magnitude.

The second map that's included in this free update is Noshahr Canals from Battlefield 3. Because of the size of Dragon Valley, they were able to put the Noshahr Canals area inside the second harbor area, letting you enjoy one of the most played team deathmatch layouts in any Battlefield game.

The entire thing makes use of Frostbite 3 to its fullest, with an inner cloud layer to help separate air and land combat zones. This means you won't be able to get as easy a lock on air targets as you'd like. With 8 total flags in Conquest Large, there'll be plenty of map to explore. 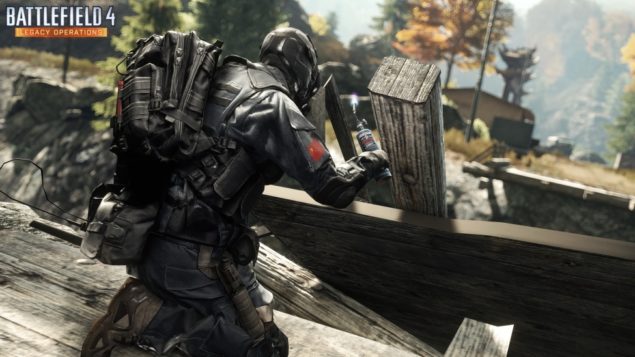