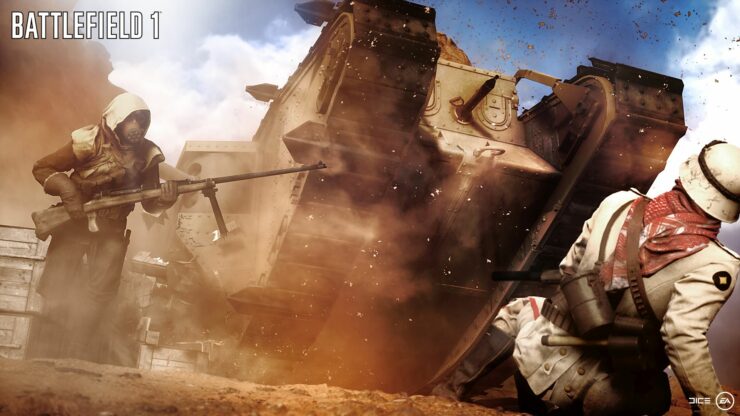 Apparently Electronic Arts’ upcoming world war II-themed shooter comes with a hidden feature that allows players to experience the gameplay like it is coming straight out of the 90s. There is a rare glitch found in the PlayStation 4 version of Battlefield 1 that causes the shooter’s dynamic resolution to drop down all the way to a ridiculous 160 x 90p. Youtube channel VG Tech shared a screenshot to demonstrate the awful graphics quality that the game sometimes has to offer. You can check it out below.

The cause behind this ludicrous glitch is, of course, dynamic resolution, which Battlefield 1, just like plenty of other current-gen console games, uses to scale the image quality where needed and keep the gameplay smooth with a steady frame rate. For those who are not aware, dynamic resolution is a technique used by game developers that gives game engines the ability to scale down resolution, depending on a particular scene. If a game is targeting specific framerate and a scene compromises that, the system will automatically scale down the resolution in order to keep the in-game action smooth. This technique is used in games where frame-rate is crucial part of the experience, like the Battlefield 1 itself.

The glitch appeared in a Battlefield 1 PlayStation 4 frame rate test video by YouTube channel VG_Tech, and has now gone viral across the internet. “The lowest and highest pixel counts found during regular gameplay were approximately 1100x620 and 1807x1014 respectively. There also appears to be a rare bug that causes the resolution to drop to an extremely low pixel count for a short period of time as can be seen here. The lowest pixel count found during this drop is about 160x90,” reads the video description. The video also showcases inconsistent framerate during gameplay. You can check it out below.

Of course, DICE will patch the glitch before the game launches worldwide on all platforms this Friday. It is surprising, however, to see that this bug wasn’t spotted during the testing process, keeping in mind Battlefield 1 is a big, big game for the company. For more on the game, keep checking back here.