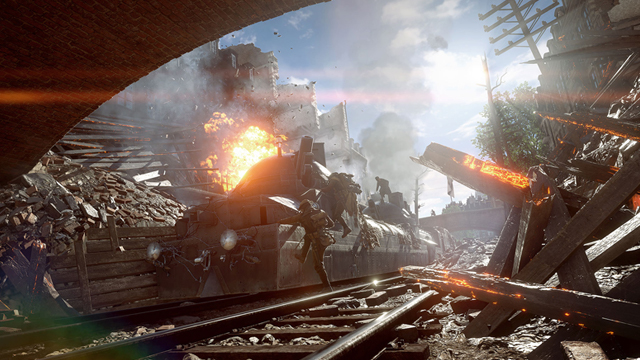 Battlefield 1 is one of the many titles that will be shown during Gamescom this week, but if you're among those who cannot attend the event and try out the game, you will get a chance to do so in a few weeks thanks to the multiplayer Open Beta.

The Battlefield 1 Open Beta will include the Sinai Desert map, a scorching hot battlefield located just East of El-Jifar. From infantry skirmishes in the narrow streets of the village of Bir el Mazar to dogfights above the majestic cliffs, you’ll need to make tactical use of the dunes as you engage in explosive battles. When all hope is lost, reinforcements will arrive in the shape of a powerful Behemoth: a deadly Armored Train charging through the desert sands.

Two modes will be available as well:

Conquest. An all-time fan favorite of Battlefield players, Conquest is a large-scale game mode with up to 64 players fighting for the control of key objectives. With large armies on foot or behind the wheel and the addition of fearsome Behemoths, Conquest brings together all the elements of the signature Battlefield All-Out War.

On a related note, a new Battlefield 1 trailer has also been made available today, and you can check it out right below.

Battlefield 1 launches this October in all regions on PC, PlayStation 4 and Xbox One.