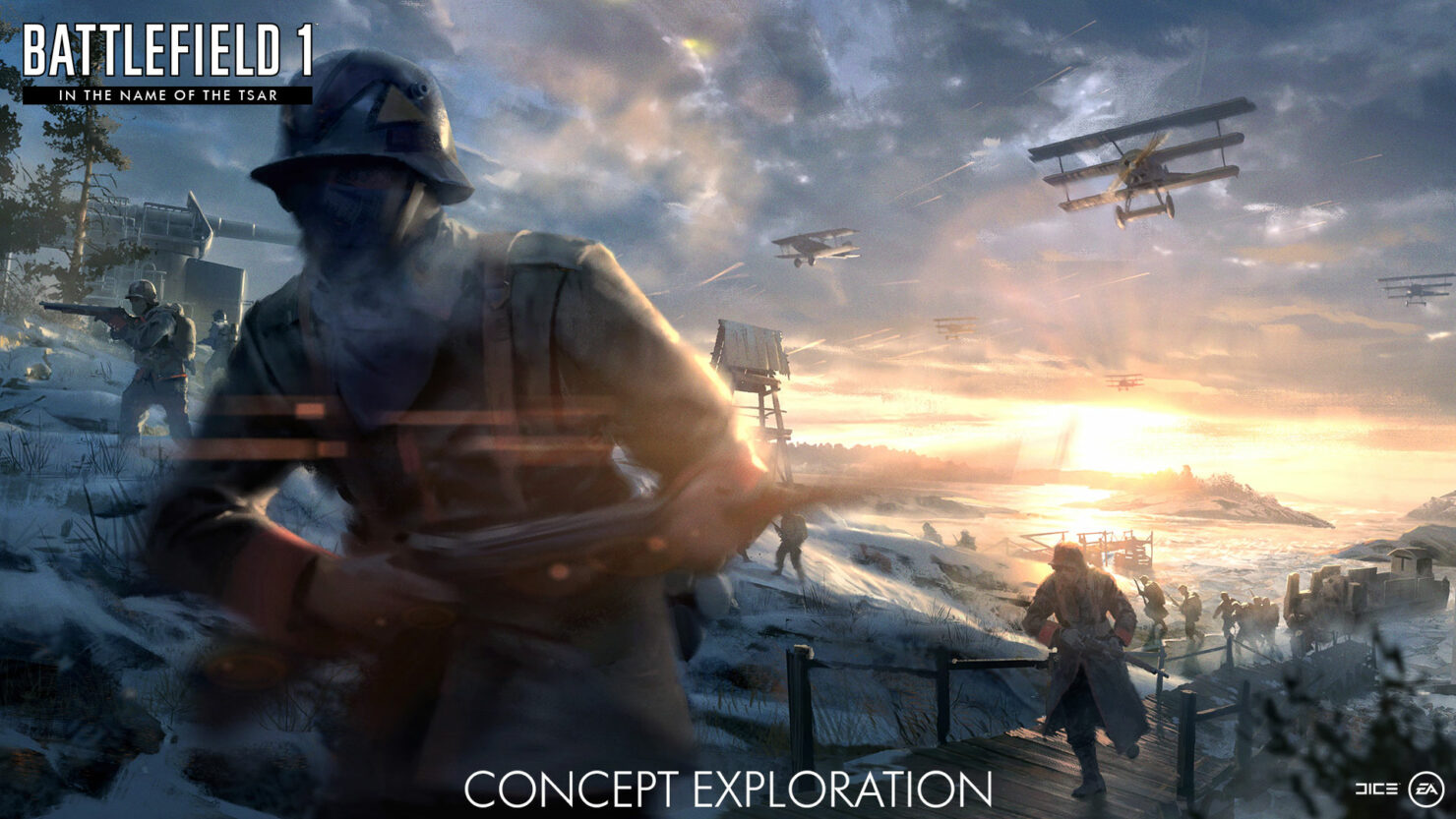 Battlefield 1 is soon going to receive a new DLC expansion named In The Name Of The Tsar, an expansion including new maps and plenty of other content. Recently, DICE released the Lupkow Pass Map on the game's CTE and new gameplay footage has emerged online.

The new Battlefield 1 In the Name of the Tsar DLC Lupkow Pass Map footage has been shared on YouTube by Westie. In the 90 minutes long video, players can check out all of the map's most interesting features.

Additionally, four of the new melee weapons that will be released as part of the Battlefield 1 In the Name of the Tsar DLC have also been revealed.

The Battlefield 1 In the Name of the Tsar DLC will include five more maps in addition to the Lupkow Pass Map, a new game mode, a new stationary weapon and more.

NEW MAP: LUPKOW PASS
Fight in the snow-covered ravines of the treacherous Lupkow Pass. Against this dramatic backdrop, the vertical fights are as bitter as the cold. Coming in August, followed by the entirety of the expansion pack in September.

NEW MAP: ALBION
Partake in the skirmishes of the Albion assault in a freezing archipelago. In this massive invasion of the Baltic peninsula, the German Empire attacks with infantry, dreadnoughts, and aircraft against the heavy coastal gun batteries of the Russian forces.

NEW MAP: GALICIA
In the midst of the epic Brusilov Offensive, the Russian Empire is fighting to push back the Austro-Hungarian forces in the Russian countryside. Take on an open map focused on infantry, cavalry, and light vehicles.

NEW MAP: BRUSILOV KEEP
The Russians have pushed their enemy into a small mountain town, but the Austro-Hungarians are making a strong stand. Experience close-quarter fights by the Carpathians on an infantry-focused map.