Battlefield 1 Infantry Classes Detailed, Game To Feature More Destruction Than Ever, Campaign May Feature Only 6 Missions 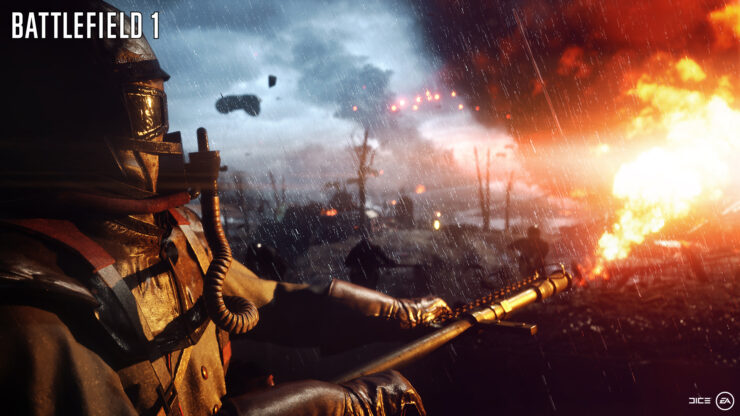 Last week, it's been a great week for Battlefield fans, as the new entry of the series, named Battlefield 1, has finally been revealed. Not much has been shown, unfortunately, but some have had the chance to see more of Battlefield 1 in action during a special London presentation, and reports from the event have revealed some new details on the game.

The new details from the London event have come in thanks to a new video shared by Jackfrags. According to this in-depth analysis video, Battlefield 1 will feature the Assault, Medic, Support and Scout infantry classes. The Assault class comes with sub-machine guns, shotguns and anti-tank grenades, and it's a class that's best suited for close quarters; the Medic comes with medkits, obviously, but apparently also semi-automatic rifles; the Support class comes with light machine guns, and supports other squad members by giving them ammo and repairing vehicles; finally, the Scout class is a sniper class best suited for long range combat.

Among the many details that have been revealed by Jackfrags, there are a few additional ones that are quite interesting. In particular, it's been confirmed that Battlefield 1 will feature more destruction than previous Battlefield games, destruction that will feel much different than before as it won't be based on the scripted Levolution system employed in Battlefield 4. Some details have also come in about a persistent squad system, which will allow players to team up with other four players and keep them in the same squad. For more Battlefield 1 details, you can check out the new Jackfrags video right below.

On a related note, it seems like the Battlefield 1 main campaign might be quite short, with only 6 missions. The details on the campaign, which have been leaked by txt123, haven't been confirmed by the team yet, so take this with a grain of salt for the moment.

Battlefield 1 launches this October in all regions on PlayStation 4, Xbox One and PC. We will let you know more about the game as soon as more comes in on it so stay tuned for all the latest news on DICE's upcoming first person shooter.