During EA’s E3 ‘EA Play’ event yesterday, the publisher shared more details about the upcoming Battlefield 1. As it turns out, the game’s website now also provides a glimpse at the first Battlefield 1 maps.

In Battlefield 1, no battle will ever be the same. At least, that’s what EA and DICE proclaimed yesterday during EA’s E3 conference. A new 2 minute long trailer was also released which already showed off some of the game’s maps.

Following the conference, it seems that EA updated the official Battlefield 1 website with some fresh shots of the first four Battlefield 1 maps: 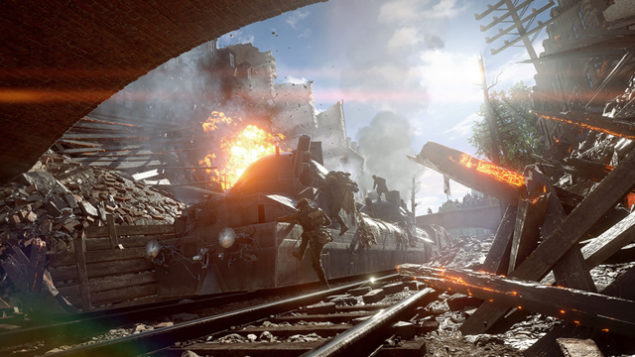 A destructive clash in a majestic city. Fight on the streets and squares in French city of Amiens during the German spring offensive. A struggle in crumbling alleys, a courthouse, around bridges and railways where the British and the Germans desperately seek to control the depths of the city.

A massive attack on the scarred battlefields of northern France. As part of the Kaiser's battle, the German army throws everything they have to try to break through the British lines. Prepare for truly cataclysmic assaults as you push through the trenches of the St. Quentin Scar. Be the first soldier to break through the fortified lines and assault the pristine village of Travecy, untouched by the war… until now.

Take part in one of the final battles among the peaks of kings in the Venetian Alps. High up above the clouds a desperate fight for control of mountain forts are challenging even the toughest soldiers. Utilize the massive fort cannons to stop the advancing enemies as they scale the mountainside. Up here, in this furious struggle, the Austro Hungarian Empire holds the upper hand, but the Italian Army won't stop until they've taken back what's theirs.

Along the Adriatic coast a fierce struggle for land and life is taking place. A rugged but fortified shore becomes the battlefield for an empire under siege. What was once a beautiful Mediterranean village by the coast is now transformed by mechanized war, where waves and dreadnought battleships pound the remains of Italy’s Great War.

According to the game’s official website, more of the game’s maps will be featured later on.