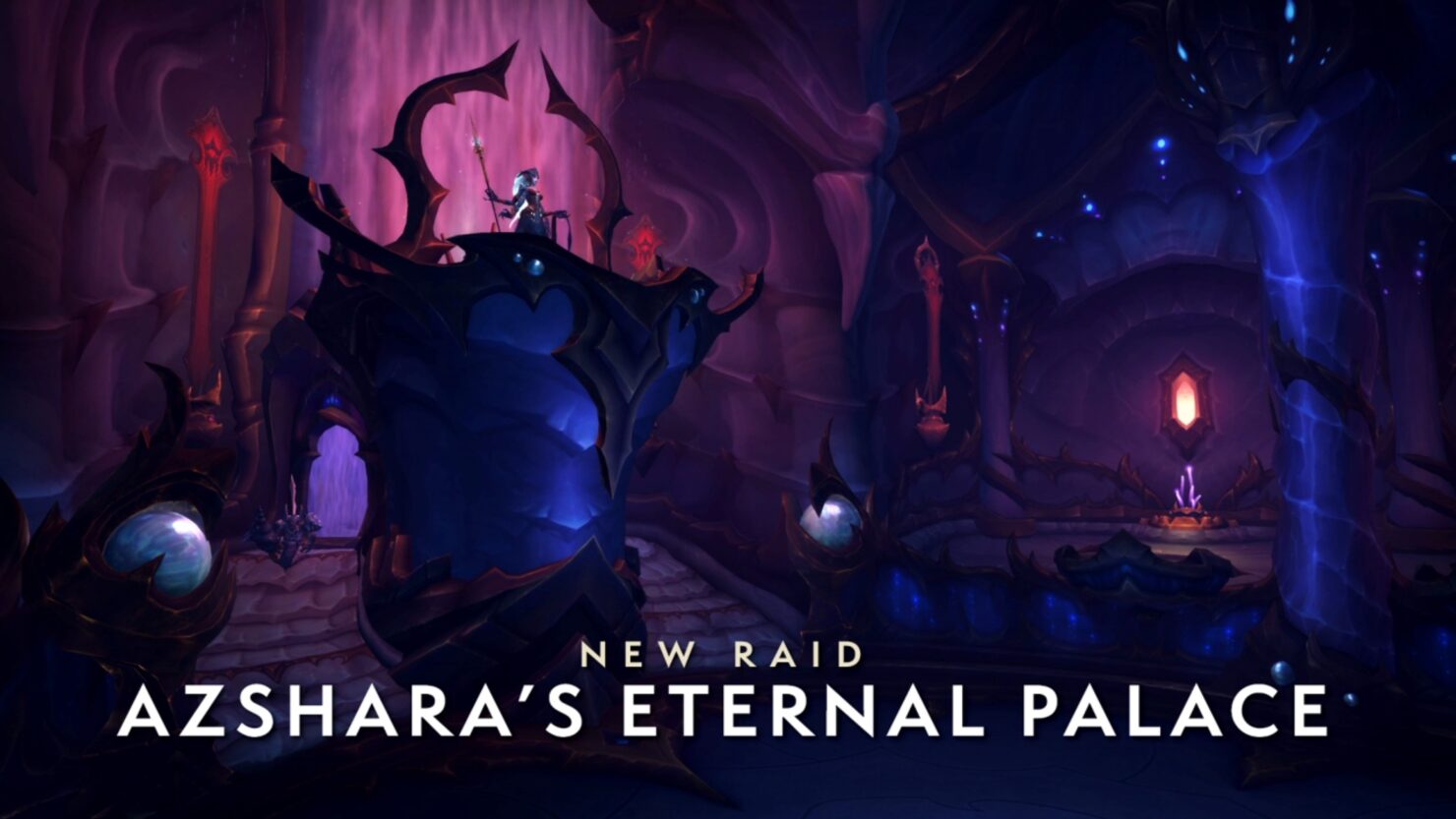 Blizzard will be unlocking The Eternal Palace raid in the upcoming World of Warcraft: Battle for Azeroth Patch 8.2 ‘Rise of Azshara’ for testing purposes later this week.

Patch 8.2 ‘Rise of Azshara’ is currently live on the PTR and Blizzard has announced that the raid in Nazjatar will be open for testing on May 9th and May 10th .

“As always, this testing schedule is very fluid and subject to the realities of a test environment”, Blizzard writes. “We might have to change the time of a testing session, change the bosses being tested, or cancel a test entirely, due to bugs, server hardware issues, etc.”

Players testing out the raid, can pick any of their own characters. “We will be scaling players’ effective level to 120 for raid testing, and their item level to an appropriate threshold for the encounter(s) being tested”, Blizzard explains.

To enter The Eternal Palace, players can speak to Nexus-Lord Donjon Rade III in Zuldazar, Boralus, Dalaran, Orgrimmar, or Stormwind to teleport into the raid zone while it is open for testing.

We’ve included the raid testing schedule down below:

World of Warcraft: Battle for Azeroth is available globally now. The most recent content update is patch 8.1.5 ‘Crucible of Storms.