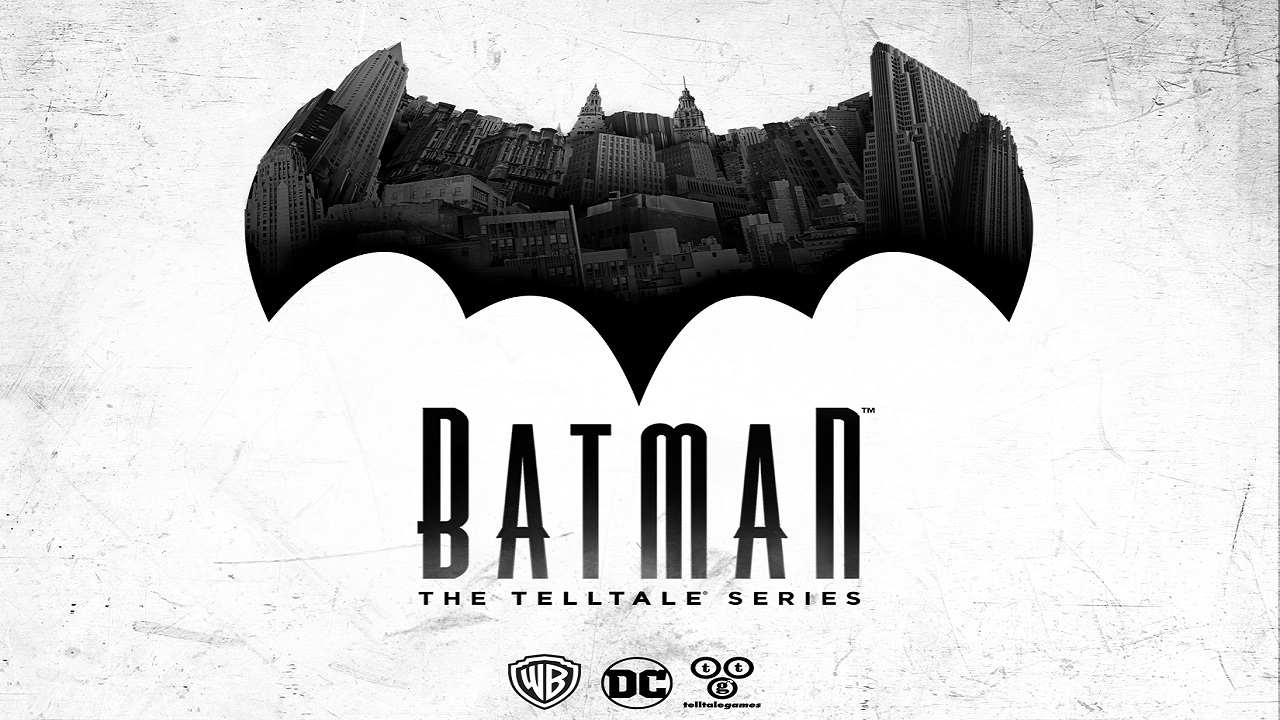 The offer only applies for those on Windows 10 and is only available until Monday, November 28.

Enter the fractured psyche of Bruce Wayne and discover the powerful and far-reaching consequences of your choices as the Dark Knight.

In this gritty and violent new story from the award-winning creators of The Walking Dead – A Telltale Games Series, you'll make discoveries that will shatter Bruce Wayne's world, and the already fragile stability of a corrupt Gotham City.

Your actions and your choices will determine the fate of the Batman. Download Episode One of Batman: The Telltale Series, a five part episodic game series from the creators of The Walking Dead: A Telltale Games Series, The Wolf Among Us, and Tales from the Borderlands. 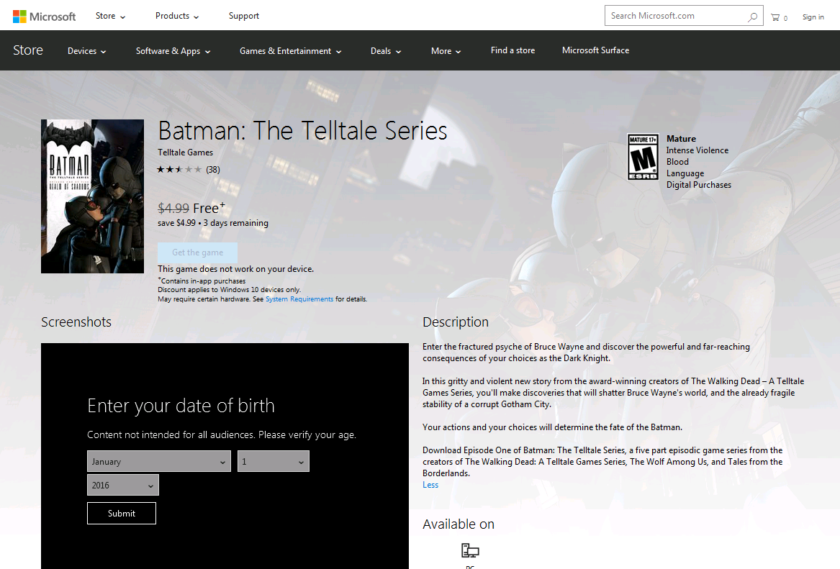 Batman: The Telltale Series was released back in September of this year as an episodic game series licensed by Warner Bros. Interactive Entertainment and based on DC’s iconic character.

“Telltale has a stellar reputation for delivering quality content based on world-renowned properties and these games make a great addition to our line-up,” said Kevin Kebodeaux, Senior Vice President, Sales, Americas, Warner Bros Interactive Entertainment.  “We previously worked with Telltale on The Wolf Among Us and now on the recently announced Batman – The Telltale Series, so we are very pleased to expand our partnership with worldwide retail distribution for its upcoming titles.”


“As a publisher and developer of award-winning content around the world, we’re thrilled to strengthen our relationship with Warner Bros. Interactive Entertainment to further extend our reach to retailers across the globe.” said Steve Allison, Senior Vice President, Publishing, Telltale Games. “Warner Bros. has been an incredible partner to work with, and we look forward to working with them to help ensure players can discover our unique, story driven experiences in stores everywhere for years to come.”