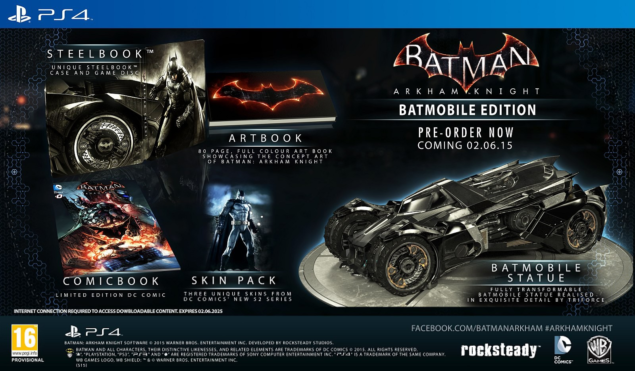 We regret to inform you that we are not able to release the Batmobile Collector’s Edition of Batman: Arkham Knight due to unforeseen circumstances that greatly compromised the quality of this extremely limited run of product. We are deeply apologetic for this unfortunate outcome. If you did pre-order the Batmobile Collector’s Edition, please go to the retail location where you pre-ordered the product and you will receive a full refund of your deposit or it can be rolled over to another Batman: Arkham Knight edition or another product of your choice. We will be providing everyone who purchases Batman: Arkham Knight with the New 52 skin pack, including Batman, Robin and Nightwing, free of charge. 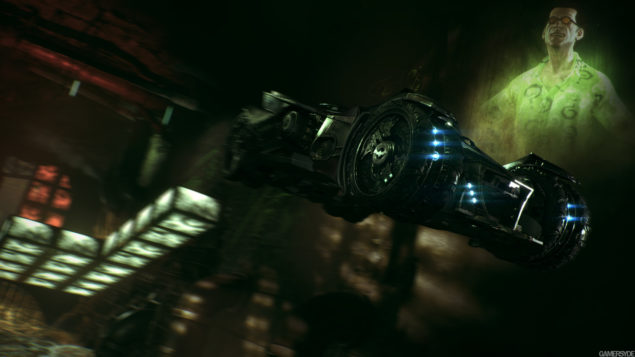