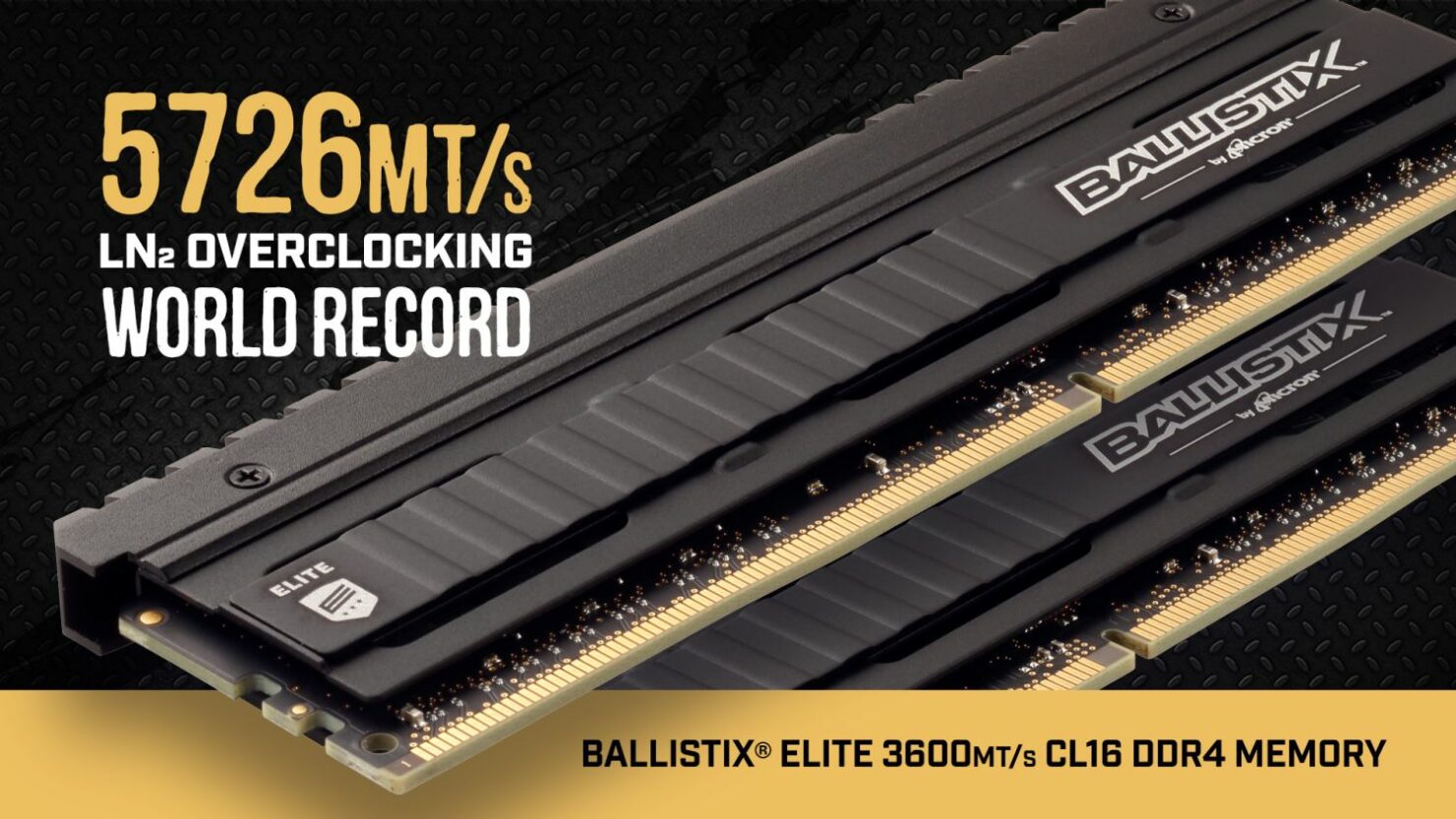 Recently I covered how Adata broke the world record for DRAM speed at 5634MHz, but Ballistix memory blew this record out of the water. They hit 5726MHz which is 92MHz faster than Adata's record. That is 79 percent faster than its rated speed of 3200MHz and 116 percent faster than what is considered average memory speed which is 2666MHz.

To reach this clock speed, there is no way that this is possible without using exotic cooling. They used liquid nitrogen to cool their system. Their configuration was an Intel i7-8086K with an Asus ROG Maximus XI Apex motherboard. This record was set May 13 by Stavros Savvopoulos and Phil Strecker over at Overclocked Gaming Systems. According to the overclockers, they tested other DRAM that was more “finicky”, requiring low temperatures. Ultimately, Stavros Savvopoulos said that the Elite 3600 broke the record without any problem. 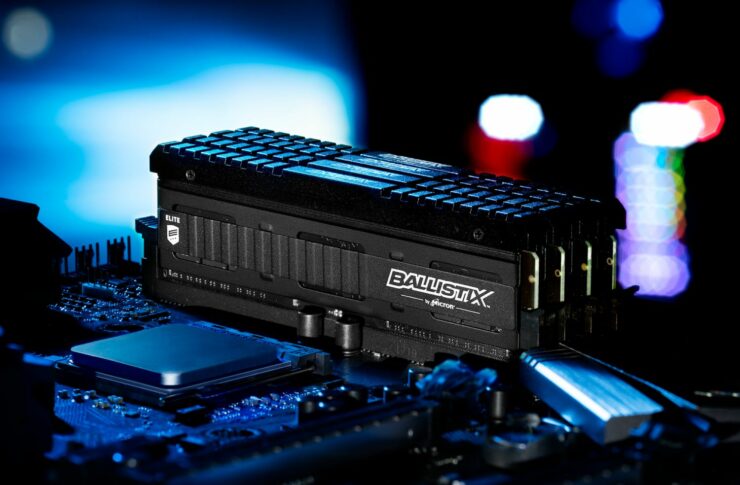 This what they had to say about their experience overclocking the Elite 3600:

"We were blown away by how surprisingly easy it was to overclock these Ballistix Elite DDR4 3600MT/s modules," Savvopoulos said. "Other modules we've overclocked can be temperamental and need to train at temperatures lower than the one required for stability; but we didn't experience that with Micron's E-die, which scaled much better with both extreme voltages and temperatures. Overall, it was easy enough to call the whole experience plug and play!"

Designed In Partnership With Micron To Ensure Best Performance

Ballistix says that their DRAM is designed at the die level in partnership with Micron. Everything they do is done in house at Ballistix and is subjected to rigorous testing to ensure every product they release is at their standard. They even go far enough to include their M.O.D. Utility and thermal sensor to allow for the best performance. Another added benefit is that this stick is compatible with Ryzen. Whether it be for an extreme overclocker or your average gamer who just wants to boost use Intel XMP 2.0, this DRAM is great for every user. This is truly one of the best performance sticks of RAM on the market currently. The only thing it lacks RGB, but it really doesn’t need RGB because its performance speaks for itself. 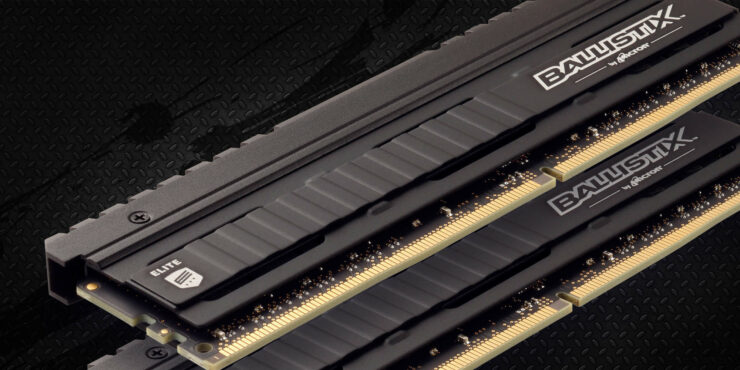 This is what Micron’s Vice President, Teresa Kelley said about this achievement:

"Breaking this world record reinforces our commitment to the enthusiast community," Kelley said. "Our Ballistix product lineup provides the high-speed, low-latency and overclock headroom that gamers, content creators, and enthusiasts crave. We will continue to focus on offering an exceptional high-performance memory and storage portfolio, with Micron, Crucial, and Ballistix engineers striving to deliver leading-edge technology that redefines the performance boundary."

The Ballistix Elite 3600 that they used costs $96.99 on Amazon in an 8GB configuration at 3600MHz, but you just saw that you can push this stick way farther.