Adata Takes The Title Of Fastest DDR4 RAM At 5634 MHz 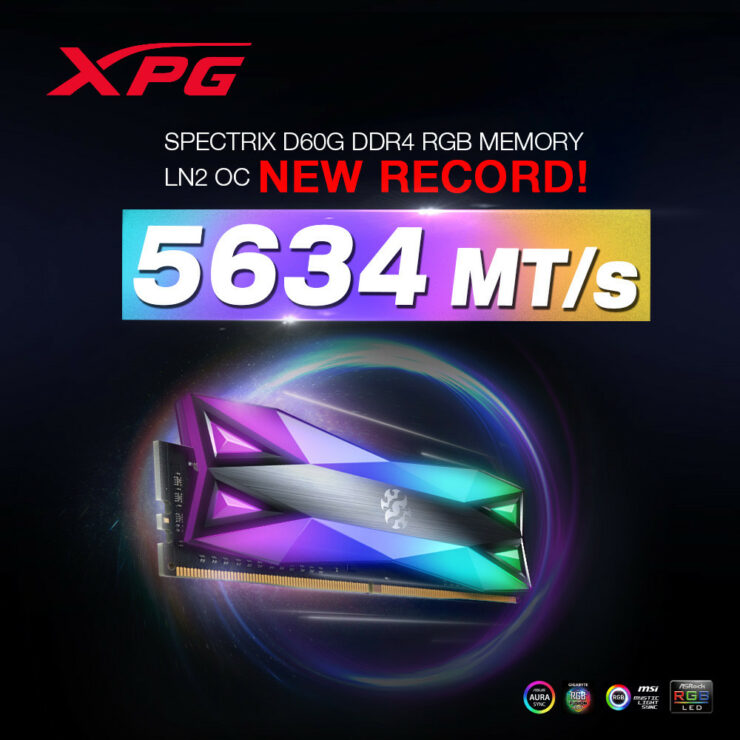 Adata is a well-known brand in the memory segment of the computer market and they just dethroned HyperX to have the fastest DDR4 RAM on the planet. Over at Adata's XPG Overclocking Lab (XOCL), they have managed to overclocked the brand's RGB-lit Spectrix D60G memory to a crazy high clock speed 5,634.1 MHz (2 x 2817.1 MHz). This was recorded by HWBot, and it has dethroned the reigning champ, the HyperX Predator as the fastest DDR4 memory on earth.

The Spectrix D60G was a single 8GB was paired with an i9-9900K with MSI’s MPG Z390I Gaming Edge AC Mini ITX. Realistically, this is not possible without dabbling with exotic cooling, so they used liquid nitrogen. When it comes to breaking world records, everything goes out the window and all that matters it reaching the clock speed you were aiming for. Especially efficiency, the lab had very loose timings that would not be practical. Those CL timings were CL 31-31-31-46 3T. I would have to expect they were using a very high voltage, somewhere around two volts. 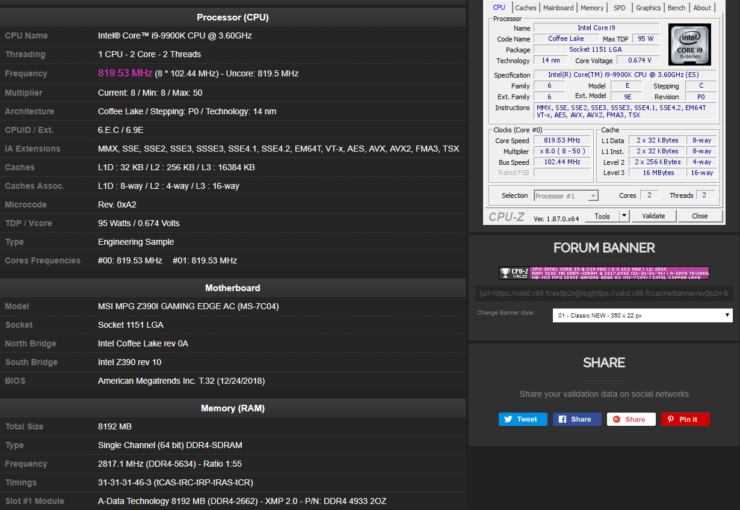 This stick of RAM combines quality with nice looks. The stick comes in up to 4133MHz, but we clearly saw that you can push that much higher depending on your cooling solution. The design of the stick was inspired by diamonds and that is why it has a multifaceted surface. It also offers more RGB lit space than any other stick on the market. The 3200MHz 2 x 8GB kit with CL 16-18-18 timings is available for $119.99.

Since Adata has taken the top spot, I would have to expect that G.Skill and HyperX are going to come back and try to take the title. G.Skill has been known to be one of the biggest names in extreme memory overclocking, but recently they have been a little quiet. HyperX to the spot by storm, recently emerging as an extreme overclocker.