Baldur’s Gate 3 Shows New Characters, Enemies, and the Underdark in 90 Minutes of Footage 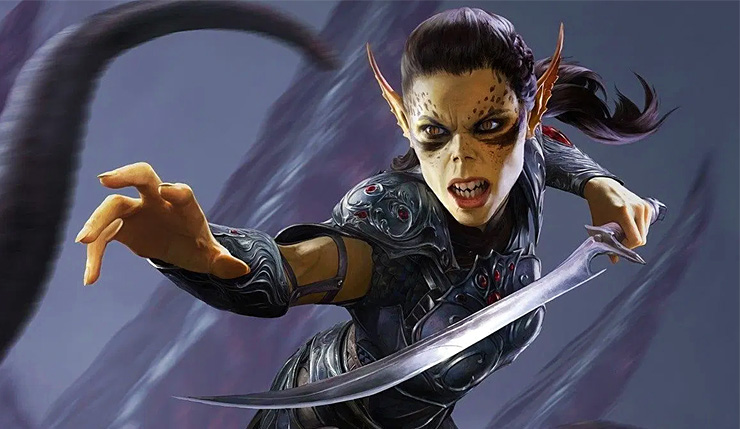 The Early Access launch of Baldur’s Gate 3 will (hopefully) arrive in a couple months, and to keep hype levels high, Larian just livestreamed another 90 minutes of the anticipated RPG. The last BG3 livestream focused on the very beginning of the game, but this time Larian boss Swen Vincke delved a little bit deeper into the adventure. We see Lae'zel, the Githyanki warrior, sneak, charm, and battle her way into a Goblin camp, and then the rest of the party delves into the Underdark, battling giant spiders and eventually coming face-to-face with the mushroomy Myconid people. We also see an interesting interaction with Raphael, a demon who seems to be plotting typically devilish things for your party.

Interestingly, some core aspects of the game have changed since the last time we saw Baldur’s Gate 3. For instance, initiative is now handled differently – there’s now a more traditional turn-based system in place, but you can also link characters together as units, which allows them to share a turn. We also got a peek at the inspiration system, which lets you earn points through exploration that can be spent to re-roll dice. But hey, enough of my yapping – check out the footage for yourself below (jump to around the 22-minute mark for the gameplay).

Looking very promising, although there’s almost a little bit too much going on. Considering how much trouble the game’s own director gets into sometimes, I can only imagine that hash I’d make of things! Haven’t been keeping up with Baldur’s Gate 3? Here are the game’s key features:

Baldur’s Gate 3 is expected to launch in Early Access on Steam sometime this August (although that isn’t set in stone). The game’s full release (which will also include Google Stadia) has yet to dated.