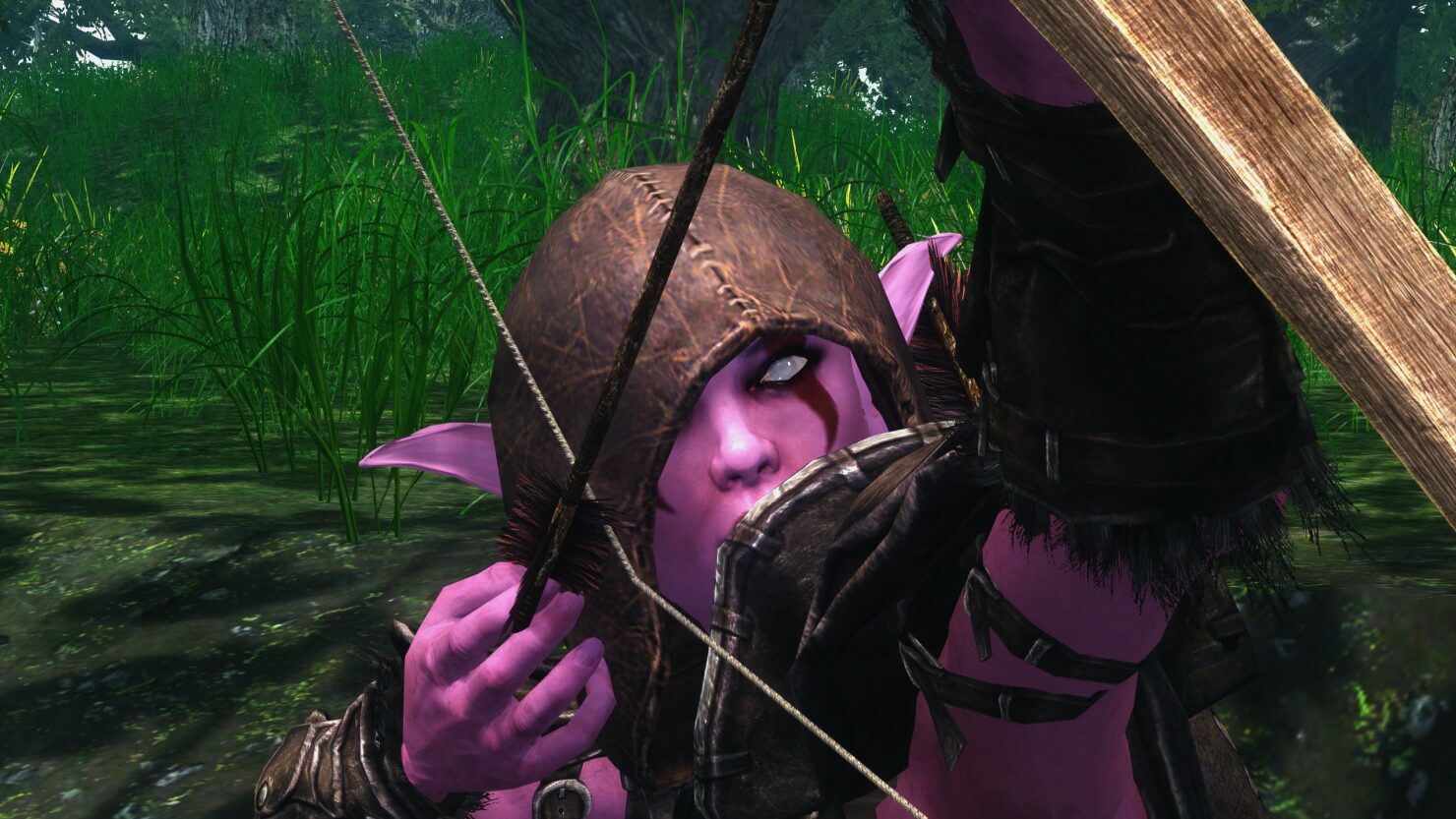 The amazing Azeroth in Skyrim Warcraft Mod aims to recreate Warcraft’s Azeroth in The Elder Scrolls V: Skyrim and features quests based on Warcraft’s lore.

Truth be told – the mod is still far from being finished, but it looks promising nonetheless. Originally created in 2012 by modders Hellscreamy and Celsiuz, the “Azeroth in Skyrim - Unofficial Warcraft Expansion” was abandoned years ago. Luckily, modder ‘Fled1’ has now resumed work on this amazing mod.

‘Fled1’ now released version 0.2 of the mod and offers a lot of new stuff, including redone buildings, exteriors, interiors and more:

- Working LODs, so now you can see past the cell you are in.
- Distant water lods and waterfalls, corrected water levels.
- Music appropriate to the zones, not entirely complete but mostly there.
- Improved and added enemies, improved AI and stats.
- Navmesh (Still a lot to go, only really did a chunk of Elwynn Forest so far).
- Added a Dungeon, Scholomance, I've tuned some of it, the last boss is difficult and voiced, Scholomance also has it's music.
- I've added the zone Westfall, it's still a work in progress, as many things are.
- I deleted a lot of the old remnants of what they made but intended to remove, such as random doorways from Skyrim to Azeroth (What I could find) and I removed the Scarlet Fortress, West of Windhelm too.  I also closed down the zone behind the Dark Portal as I felt it was irrelevant to Azeroth and very incomplete. who knows maybe I'll eventually add Outland there, but for now it's just a useless zone.
- Added a Lore friendly way to get to Azeroth and to get around, it's a red glowing teleportation orb, which you'll find in the Solitude Blue Palace, top floor, in Sybilles room. The portal will take you to the top of the Tower of Azora in Elwynn Forest.  The basic background with Sybille Stentor having the teleport orb is she's a Mysterious Vampire Court Wizard and it's an artefact she seems to have come across in her dealings.