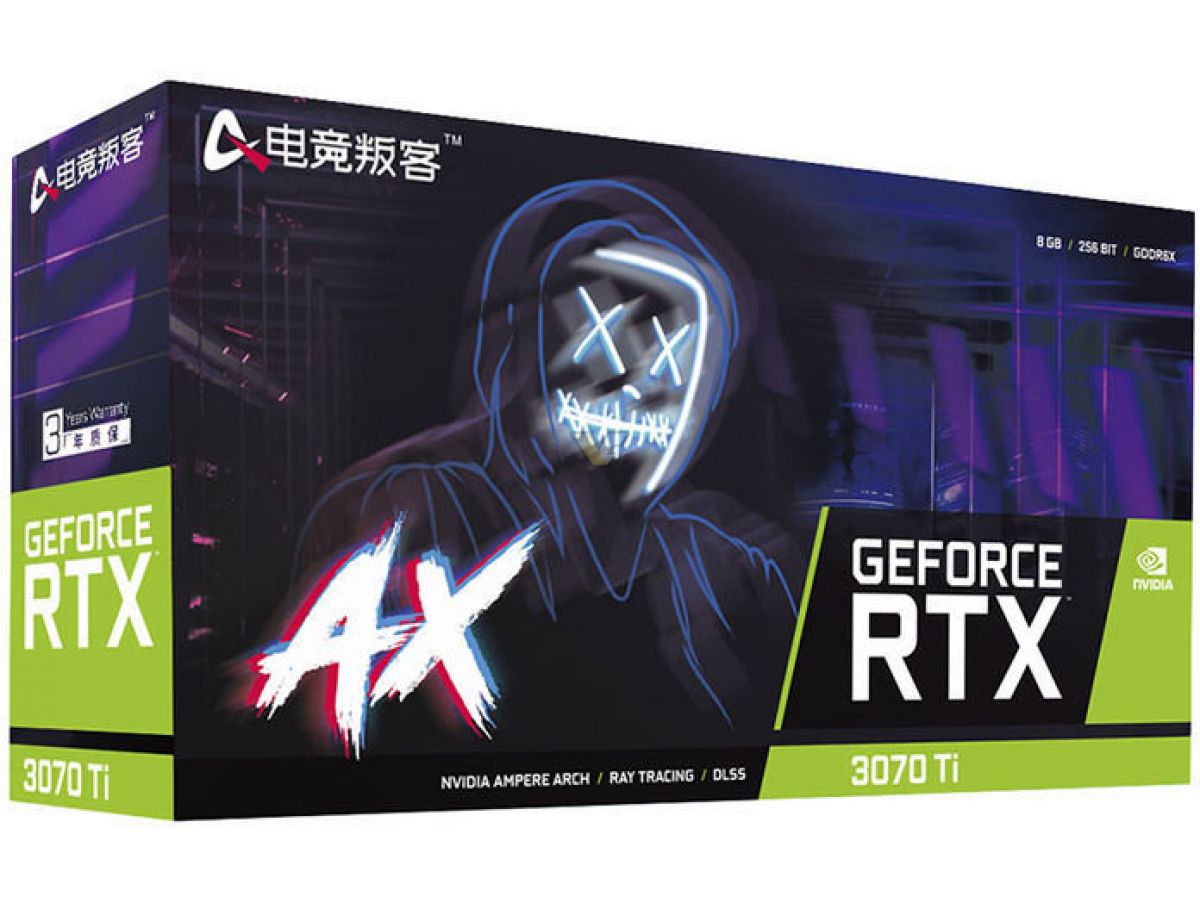 From AX Gaming Renegade about their RTX 3070 line:

And, from AX Gaming Renegade's description of the RTX 3080 line:

GeForce RTX™ 3080 Ti and RTX 3080 graphics cards use the Ampere architecture (NVIDIA's second-generation RTX architecture), which provides the outstanding performance that gamers can dream of. This graphics card is equipped with improved RT Core and Tensor Core, new streaming multi-processor and high-speed G6X video memory, which can create an amazing gaming experience.

There are some similarities between both Innovision's INNO3D models and AX Gaming Renegade models, so let us break down the two newest additions to their product line in more detail, starting with the GeForce RTX 3070 Ti X3B.

The GeForce RTX 3070 Ti X3B has yet to be released to the public. This all black graphics card is supplied with three fans and a triple-slotted cooling mechanism for peak performance. It is powered by a stock 8-pin power connection and a GPU speed of 1770 MHz. This particular card is exclusive only to the AX Gaming Renegade brand.

This GPU sports a two-slotted cooling mechanism with three fans, but everything on this card is splashed in white. AX Gaming Renegade's GeForce RTX 3080 TI X3W is identical to INNO3D's GeForce RTX 3080 Ti model, which makes sense due to both being produced by Innovision. The 2x 8-pin connection on this GPU reaches speeds of 1710 MHz. The cooler is branded as "Punk Pro MAX", but does not refer to anything swaying from the original design.