We covered the original reveal of the ASUS RoG Maximus VI Formula Z87 gaming motherboard here at Wccftech and we are doing so again on the eve of the official release of one of the most awaited gaming mobos of all time. The Maximus VI Formula boasts advanced and RoG-only exclusive features in the ATX Form Factor that RoG Fans have come to demand and expect. This much awaited motherboard has finally been given the go ahead to hit the shelves. Pricing has not yet been confirmed but is rumored to be more then that of the Maximus VI Extreme. 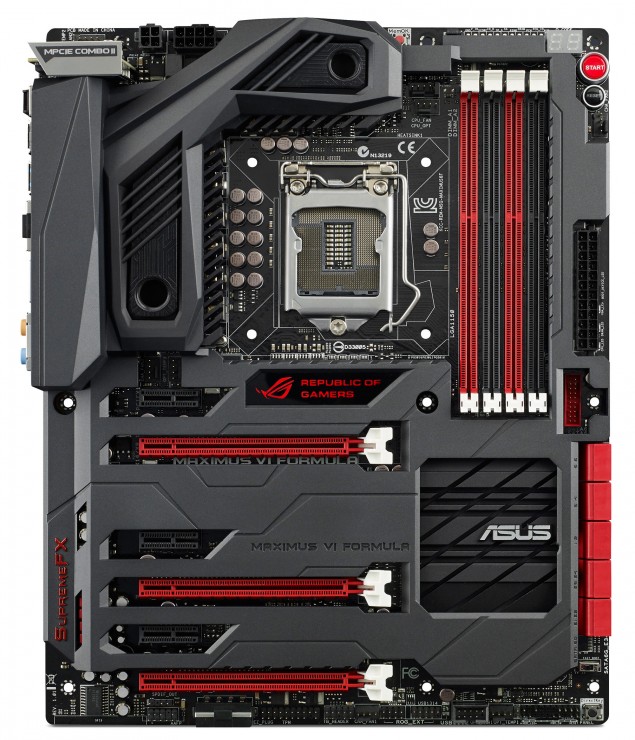 Shipping with an unbelievable sound & surround chipset labeled ‘Supreme FX Formula’ the Maximus VI Formula will offer unparalleled sound immersion on par with high-end sound cards. For the interested Audiophile the Supreme FX Formula will ship with high-fidelity op-amps, 600 Ohm Headphone Amplifier, premium components such as ELNA audio capacitors and German-made WIMA film capacitors. The Maximus VI even went as far as to give the Supreme FX Chipset isolation form rest of the PCB and a shield against electromagnetic interference. 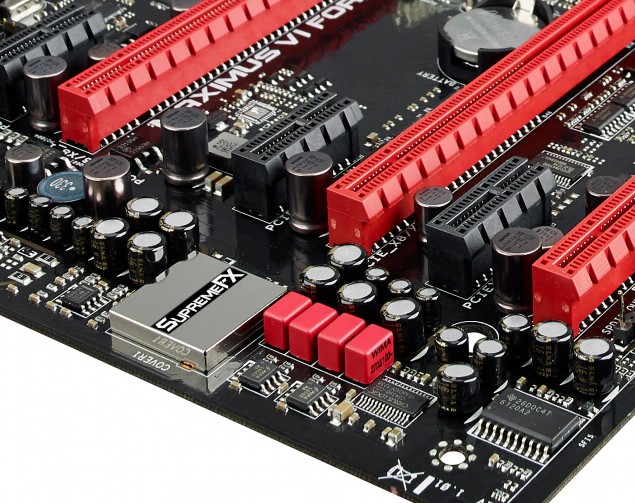 Once again it is almost redundant to mention that the Formula VI ships with premium, high-grade components which include the likes of ROG Extreme Engine DIGI+ III voltage-regulator module, 60A BlackWing chokes, an award winning UEFI Bios and Japanese-made 10K black metallic capacitors.

Couple that with RoG’s exclusive CrossChill cooling feature which allows the motherboard to stay extremely cool in even the most extensive overclocking – reports indicate that the Maximus VI Formula can maintain upto 23-degree Centigrade-lower temperatures in the critical MOSFET area, and hopefully I don’t need to tell you how big a 23C drop in the PC World is. 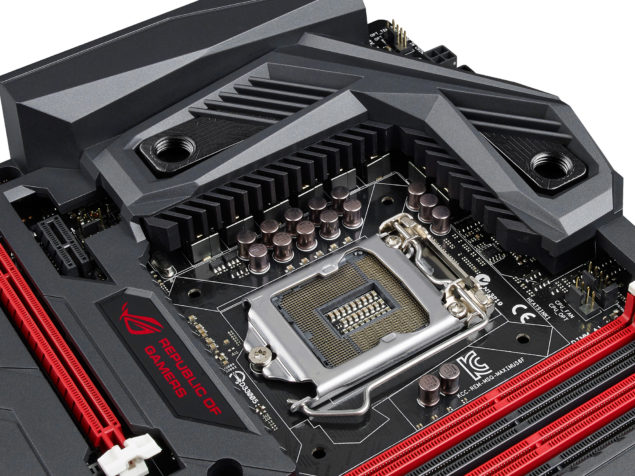 RoG Ram Disk:
The RoG Ram Disk utility basically allows the user to turn upto 80% of his ram into RamDisk, which can be utilized in a couple of ways- boost application load times, increase SSD Life Expectancy etc.

RoG Sonic Radar:
The RoG Sonic Radar utility will allow owners of the Maximus VI Formula to literally ‘see’ the exact location of sound emanating ingame. Confused? Say you are playing a FPS and someone shoots a gun, the bang will be pinpointed with an overlay. 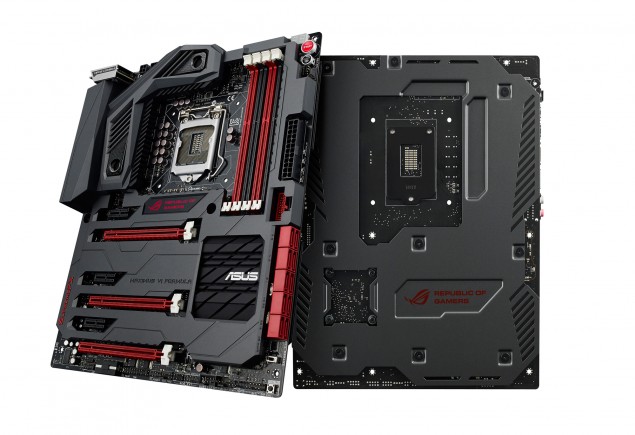