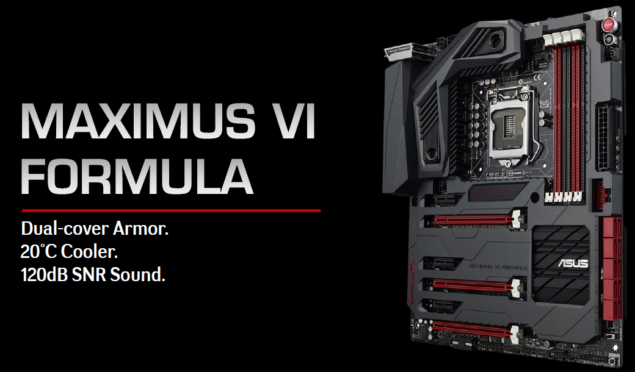 The ASUS Maximus VI Formula is a high-end motherboard design for overclockers. The motherboard comes with the LGA 1150 socket to support the latest Intel Haswell processors and combines the Z87 chipset. With the new motherboard, ASUS has gone all out with new cooling solutions such as the ROG Armor, a thermal armor that's similar in design to what we see on ASUS's Z87 TUF motherboard series but comes in Dual-Cover design with a strong SECC steel fortifier with thermal pad cooling that can be equipped on both sides of the board. If that's not enough, then the motherboard also incorporates the CrossChill Cooling technology which allows PC's with liquid cooling to offer superior cooling performance to the VRMs by equipping it with the heatsinks located on the PWM supply phase. The CPU socket is provided juice through an 8 Pin and 4 Pin connectors, the PWM supply layout is similar to the one we saw on ASUS's Z87 Maximus VI Extreme. 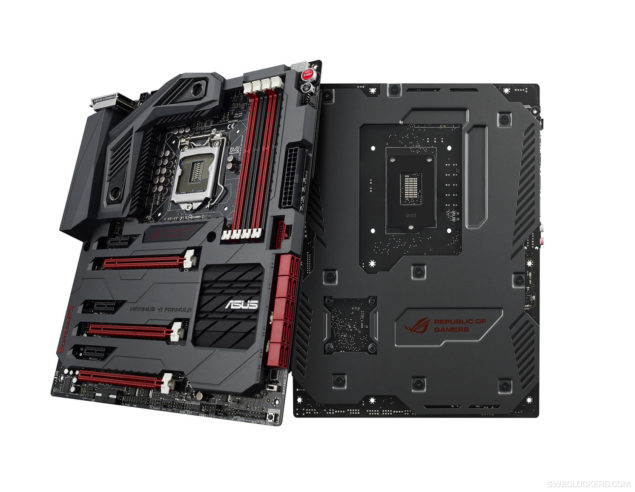 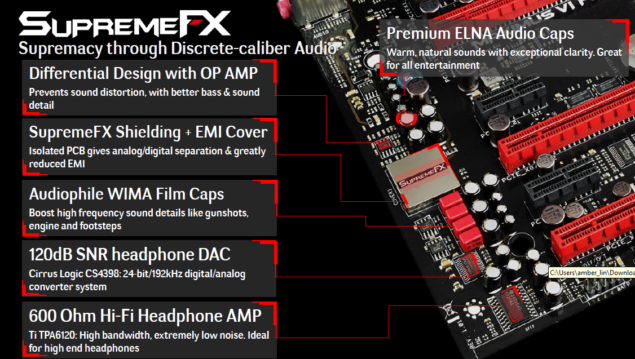