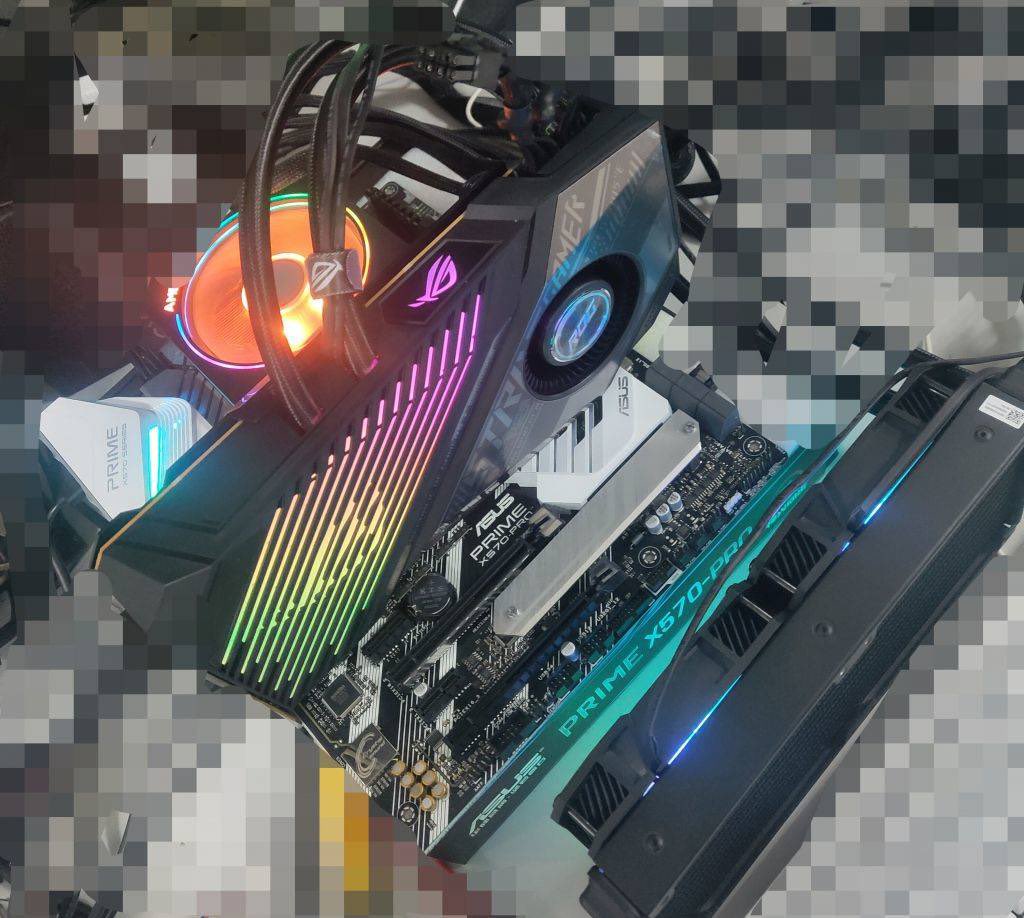 The ASUS Radeon RX 6800 XT ROG STRIX LC 'Liquid Cooled' graphics card has been spotted running on an AMD X570 platform ahead of its launch. The graphics card is the only AIO watercooled design for the AMD 'Big Navi' GPU that we have seen so far and it looks like the card has already gone past pre-production as seen in the picture posted by Harukaze5719.

The graphics card which was pictured is similar to the official renders but there are some key details that the leaked picture provides. First of all, the card was definitely pictured by ASUS & made evident by the fact that it was running on an ASUS X570-PRO motherboard. These leaks coming from internal employees are regular in the tech industry and it looks like someone at ASUS's HQ couldn't help from posting the pictures online.

The ASUS ROG STRIX LC Radeon RX 6800 XT is a full-on liquid-cooled design that makes use of the ROG STRIX Radeon RX 6800 XT PCB but couples it with the power of liquid cooling. The liquid cooler features a 240mm radiator that has braided tubing leading to a custom pump model that has been designed specifically for the Navi 21 "RDNA 2" GPU. The shroud on the card itself is gorgeous with a stunning display of ASUS's AURA SYNC RGB lighting and a futuristic shroud design. The shroud also comes with a blower-style fan that will blow air through the internal chassis of the graphics card.

As for the internal chassis, a large cold plate is said to cool both the GPU silicon and GDDR6 VRAM featured on the PCB. The graphics card is definitely going to be a standout design for the Radeon RX 6800 XT graphics card, offering a premium cooling design for a hefty premium. Expect the card to cost around $899 US or higher at launch.