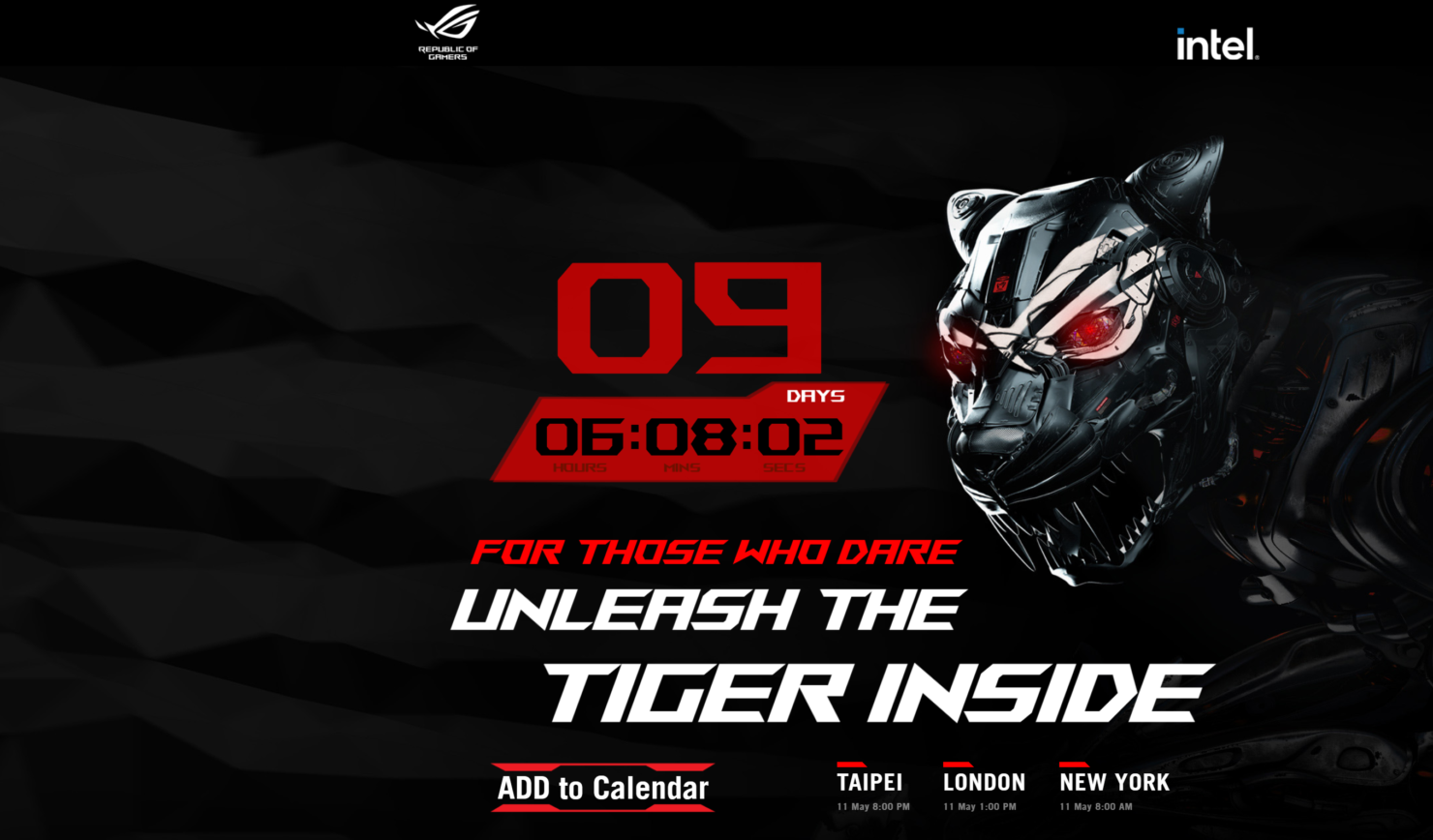 ASUS has teased its next-generation ROG Zephyrus gaming laptop which is powered by Intel's high-end Tiger Lake-H CPUs. In the teaser, ASUS states that it will unveil the laptop on 11th May & from the looks of things, the laptop is going to be one premium design in terms of price & performance.

While the teaser doesn't show much, we get to see that the laptop features a unique design that is incorporated by the existing ASUS ROG Zephyrus S17 notebook. The base of the laptop essentially lifts up to deliver increased cooling performance, The existing ROG Zephyrus S17 laptop also comes with liquid metal application on the CPU and GPU. Following is a description of the cooling on the current S17's product page:

The laptop has also been positioned in a more standard position and not featured right above the palm rest area. This means that the sound implementation has been moved and made to be more compact. The laptop will be one of the many high-end designs featuring Intel's Tiger Lake-H CPUs from ASUS as the company teased last month. We have already seen the ASUS ROG Zephyrus M16 in action and there's also the ROG Zephyrus Duo 15 SE in the works with various Intel Tiger Lake-H SKU configurations. 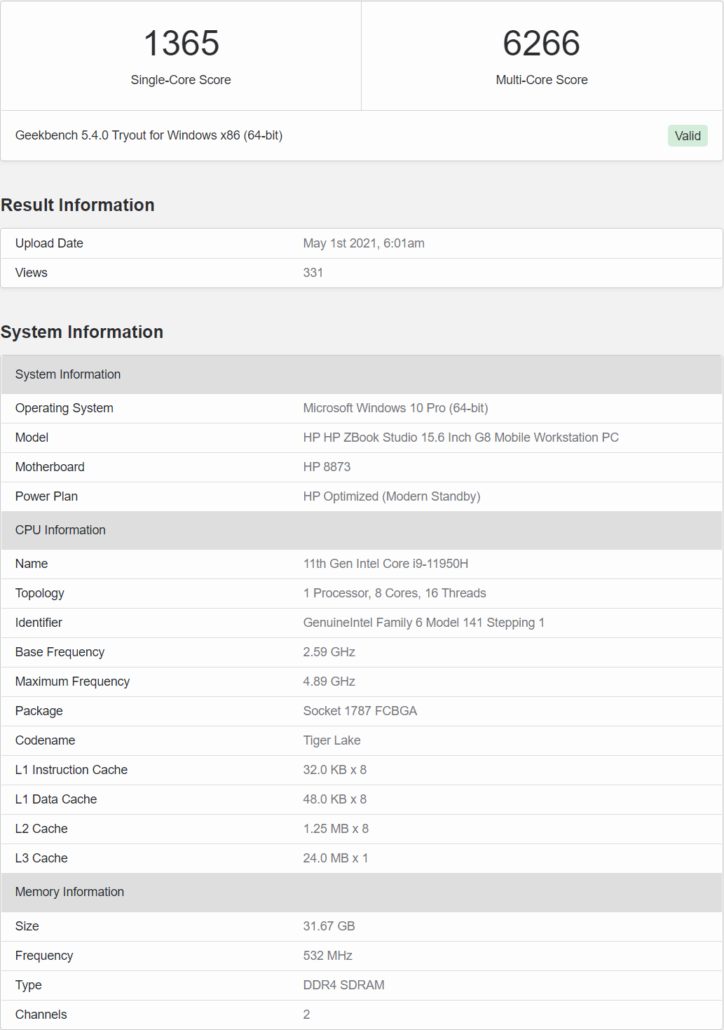 Intel's Core i9-11950H CPU is one of the many Tiger Lake-H SKUs launching in the coming weeks. (Image Source: Videocardz)

The Intel Core i9-11950H CPU was spotted within the Geekbench 5 benchmark database, powering the HP ZBook Studio 15.6-inch G8 mobile workstation laptop. As for performance, this particular variant was not running at its fullest potential so expect the final performance to be much better or dependent on the cooling performance offered by the specific laptop designs. Intel is expected to announce its next-gen Tiger Lake-H high-end laptops in the coming weeks.