ASUS first showed off their new DirectCU Mini graphics card at CeBIT 2013 with the GTX 670 DirectCU Mini offering a compact design over the regular DirectCU and reference models. ASUS would now be updating the lineup with the GeForce GTX 760 DirectCU Mini which features an exact same design but with a powerful and refined GeForce 700 series architecture. 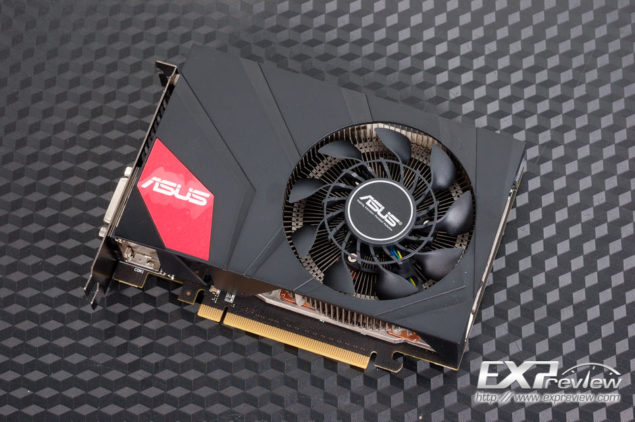 Images are courtesy of Expreview!

Like its predecessor the GTX 670 DirectCU Mini, the GTX 760 DirectCU Mini is 17cm long which is ideal for HTPC setup boxes. Display interfaces include Dual-DVI, HDMI and a display port while power is provided through the single 8-Pin connector. A reference GeForce GTX 760 model comes with dual 6 Pin connectors, using a single 8-Pin connector not only saves space but offers the same amount of power with easier cable management.

The DirectCU heatsink uses a Vapor Chamber with flattened heatpipes. The proprietary CoolTech fan combines the advantages of axial and radial fan. The air flow is so directed in multiple directions and reduced the volume. The cooler design have not been changed over the previous models and looks as great as ever. A look at the PCB from both ends reveal that ASUS has placed four chips on the front and four chips at the back of the PCB which amount to 2 GB GDDR5 memory. The GeForce GTX 760 DirectCU Mini is fused with a 4+1 Phase Super Alloy power design powered with the RT8867A PWM chip. ASUS used SK Hynix memory modules on the graphics card with a total capacity of 2 GB.