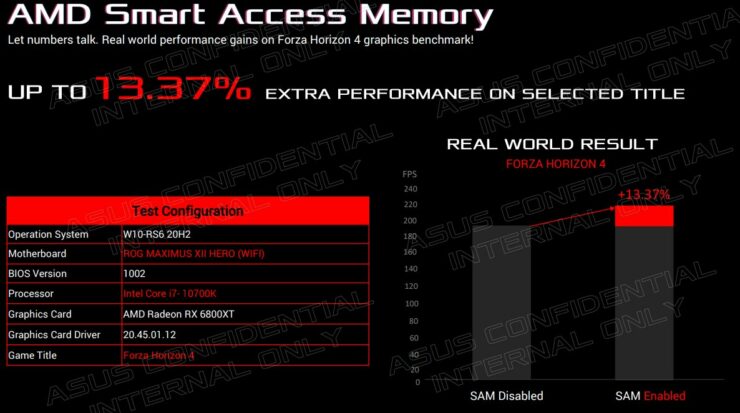 Over the past few weeks, we have been hearing reports of several Intel 400-series motherboards from ASUS gaining support for the said technology in the latest BETA BIOS release. According to official ASUS representatives, this has now been confirmed. The AMD Smart Access Memory (BAR) support is now accessible on all ASUS Z490, H470 & B460 motherboards.

The BETA BIOS version is 1002 (1601) which can be downloaded for your respective 400-series motherboard through ASUS's webpage. To fully utilize, Tomshardware has shown that the tech (Smart Access Memory) needs to be enabled through BIOS. The feature is disabled by default and currently, it only works with AMD's Radeon RX 6000 series graphics cards. 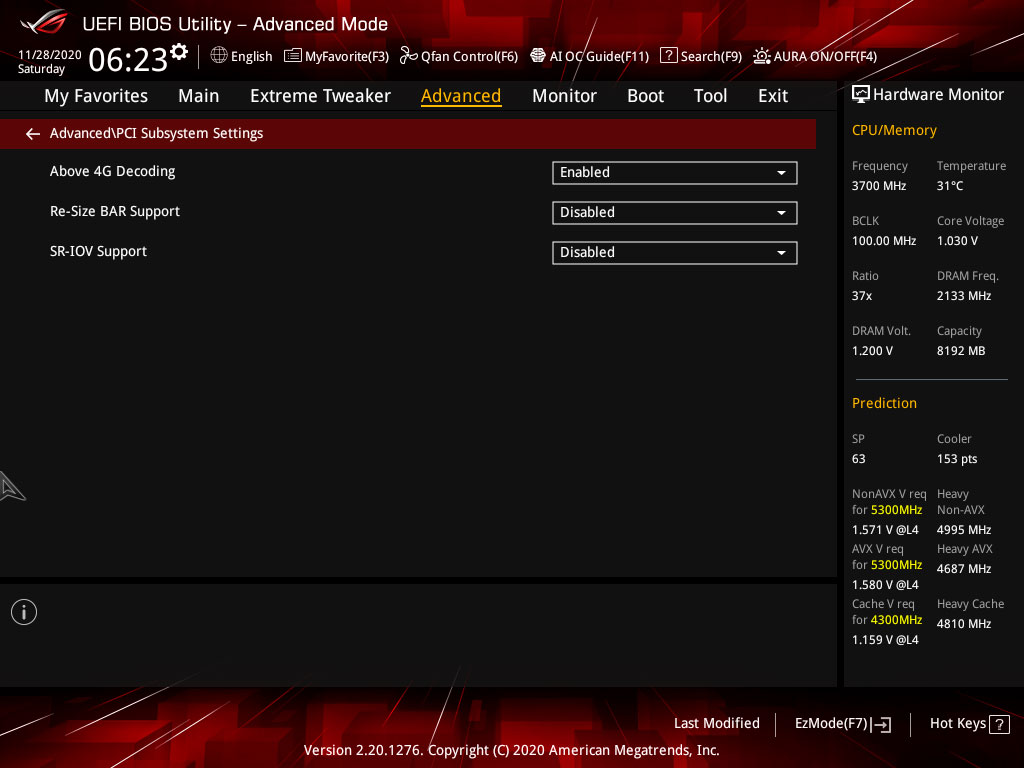 ASUS's rep, Chris Wefers (via Videocardz) has also provided a performance chart showcasing the gains of BAR support on the Intel platform. It looks like the performance gains are just as huge as AMD's gains which sit at around 10-15%. Forza Horizon 4 was used as a test scenario which saw a gain of 13.37% with BAR (Smart Access Memory) enabled. The Intel platform was running the ROG Maximus XII HERI (WIFI) motherboard along with an Intel Corre i7-10700K CPU. The GPU was AMD Radeon RX 6800 XT.

The technology will not require you to invest in a PCIe Gen 4 platform as it will be supported by PCIe Gen 3 too. Based on what we know so far, BAR essentially defines how much discrete GPU memory space can be mapped and today's PCs are typically limited to 256 MB of mapped memory. AMD claims that with SAM (Smart Access Memory) , they can access all of the GPU memory, removing any bottlenecks to allow for faster performance.

This free performance boost would be variable throughout the games and applications being tested but it's definitely a huge deal considering a 10% jump is quite significant. NVIDIA is also working on its own BAR (Smart Access Memory) technology which will be supported across AMD and NVIDIA platforms. NVIDIA expects to release it later through a software update.