Asus has managed to dig its hands in to several markets, including smartphones and tablets. After the release of Zenfone 2, which was the first ever smartphone to feature 4 GB of RAM, followed by the $149 VivoWatch that provided up to 10 days of battery life, and a customized GTX 980 Ti graphics card, the company wants to make sure that Android device owners do to succumb to boredom, no matter where their location is. Asus plans to achieve this through the release of Asus E1Z, a portable projector that is so compact, it can easily slip in and slip out of your pocket. Asus E1Z will allow Android handsets and tablets to be connected to the projector using the MicroUSB port provided. Through this approach, you can start watching content present inside the mobile devices on a ‘larger scale’; literally. 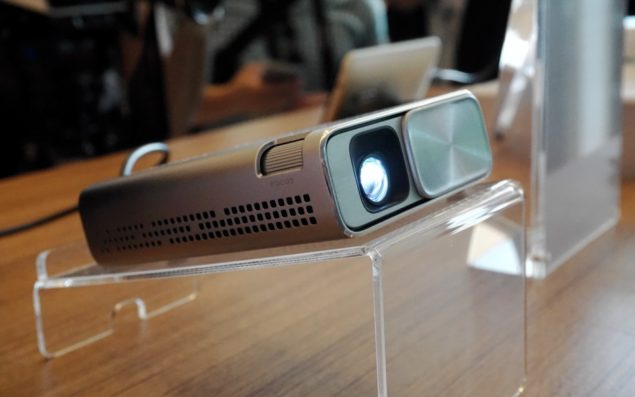 Asus E1Z was announced during Computex 2015, and its projector lens will be given sufficient amount of illumination through the LED bulbs attached in front of it. The device carries a huge portable element, which is why the company has incorporated a 6,000 mAh battery that can also be used as a power bank to charge mobile devices in case the user does not have a spare one packed along.

You can rest assured that the 6,000 mAh battery will take a long time to reach its full capacity. There are some drawbacks to this approach. For one thing, playing a high resolution movie or TV show is going to put more strain on the battery since a lot of rendering power will be needed as the resolution of the content is increased. Soon afterwards, you might not be left with enough battery to enjoy the remainder of the movie or TV show. 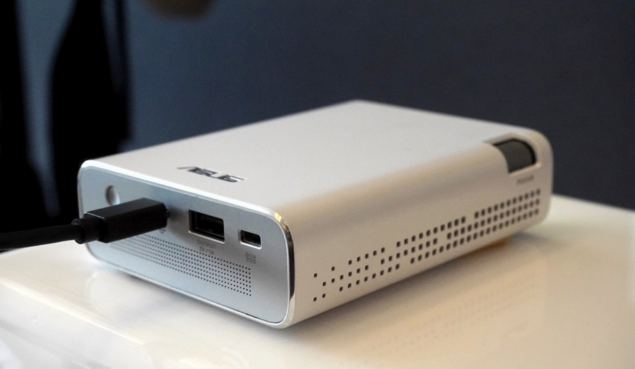 Additionally, users will run in to further problems if an available power source is not around to charge Asus E1Z to full capacity. In such a scenario, it is best if you guys have dotted up several backup plans if you want to continue enjoying a flurry of content from your mobile device. While Asus managed to leave out availability and pricing details of Asus E1Z, Engadget has reported that the company’s representatives mentioned a $200 price on the gadget.

For the aforementioned price tag, we have to say that the product is a definite steal. If killing time and boredom is what you require, then look no further than Asus E1Z.