Only recently, it was announced that Lenovo was going to launch its K80 smartphone in China for the price of 1,799 CNY, which is equivalent to $290. While there might be only a handful of smartphones out there that feature 4 GB of RAM, Lenovo K80 is now a member of that exclusive club. However, how does the smartphone fare against Samsung’s Galaxy S6, when we consider the price/performance factor? Read on below for our analysis and find out for yourself. 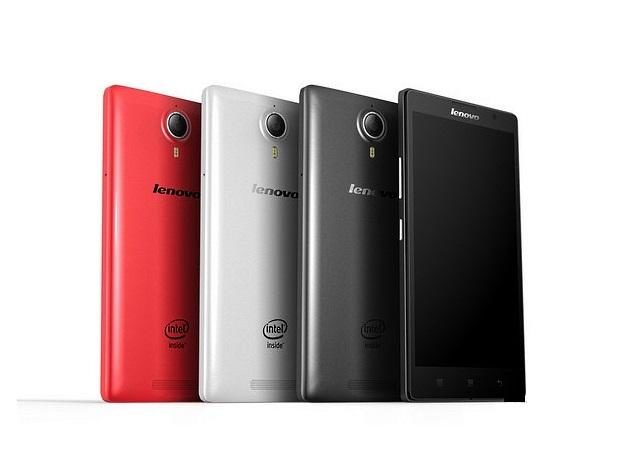 According to the listed hardware specifications, it was stated that Lenovo K80 features an Intel SoC that is running a 64 bit quad-core processor clocked in at 1.8 GHz. If we were to stroll down memory lane, then there is one Asus Zenfone 2 model whose processor is running at that exact same clock speed. Asus’ Zenfone 2 (ZE551ML) features two Intel chipsets. One of them is Atom Z3560 and according to that information, we are going to go out on a limb and say that Lenovo K80 is also running that chipset too.

If we take the above information in to account, another element we will need is AnTuTu’s benchmarking results. Both devices have their scores detailed below:

Now that we have all the information we need, we have compiled a chart that displays the price/performance ratio of both smartphones based on AnTuTu’s benchmarking results. 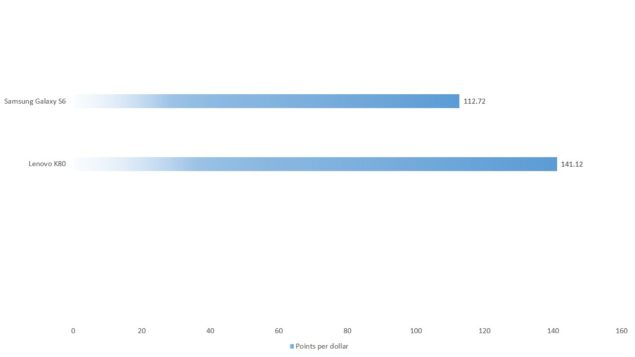 Based on that analysis, we have to say that Lenovo K80 is the far better performer, according to the amount of money you will actually end up paying for it. Sure, if the smartphone and Galaxy S6 were to square off against each other, then in pure performance metrics, the South Korean firm’s flagship offering would be able best Lenovo K80 by a long margin, as evidenced in the above mentioned AnTuTu benchmarking scores.

However, there are other departments where K80 would easily zip past Galaxy S6. For starters, battery life; with the handset’s 4,000 mAh battery coupled with its 1080p resolution, Lenovo K80 would be able to provide better battery backup time compared to the 2,550 mAh battery incorporated in to the Galaxy S6, which also renders a battery hungry 1440p resolution. Despite its aesthetic appeal, an expandable storage option is one feature that is void in Galaxy S6. Lenovo K80 sports that feature, along with 64 GB of on-board memory. 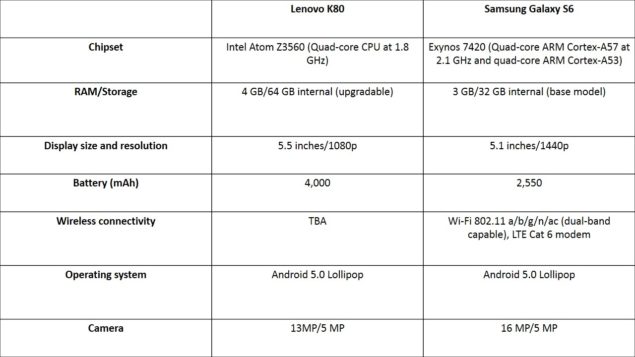 Unfortunately, Lenovo has currently not stated if it will release its upcoming powerhouse in the western markets. If somehow, it does manage to get released in those regions, Samsung will have to face-off against a lot of heat in the price/performance category.